Nativa Magazine > Portugal through the eyes of Duarte Belo

Nativa Magazine April 29, 2020 Portugal through the eyes of Duarte Belo

From architecture, he inherited a taste for giving life and form to things. Photography happens later, as an extension and a means to achieve something greater. From 1980, Duarte Belo, accompanied or often alone, begins to discover the identity of our country. From landscapes that remain untouched, to the marks imprinted by Man on land, such as architecture. From north to south, countless kilometers and numerous lonely nights spent in the countryside gave rise to a vast and impressive archive of diaries and photographs. A singular work and a very special way to discover Portugal and learn about its history.

A PORTRAIT OF TIME AND SPACE
An imaginary journey. Walking. Leaving Quinta Dos Murças, Covelinhas, the Douro, towards Herdade do Esporão, Reguengos de Monsaraz. A long journey on foot. As though exploring unknown territory, or walking forgotten paths. To be close to the earth. Deep gorges opened by the torrents of the northern rivers. Massive boulders from faded myths. And over ancient bridges, we cross valleys leading towards the mountaintops. We seek shelter under the tree canopies. There are temples along our way. Constructions too old to be reinvented, today with a meaning that is possible. Castles that rise above the great Southern plain.
From the Douro to the Alentejo. There is an enormous extension of land between these two points, as if in different countries but, at the same time, strangely similar. Along this line we can feel infinity, but there is a vast country that is far from this long, slender place. It is a close and multiple diversity.
This is the portrait of a voyage never taken. Now, we line up the words for an imaginary project. Of those ancient voyages, I would only bring photographs, never written words. There had been a constant immersion in the baffled nature of a world of wonder, surprise and concern. We are building a narrative, a sequence of places that are fragments from the past, real voyages, of decades on a solitary path.
We reflect on a concrete space, a country, on a particular condition of the traveler, on the deliberate departure with few resources, to be immersed in Nature. Somehow, to suggest other ways of viewing and interpreting the terrain, of exploring the visible, matter, the search for an extremely archaic human relationship with the earth. A condition of divestment leads us to focus our look on the possible essence of matter and, at the same time, the harshness of fighting for the next day, a representation of survival itself in an open field. Conversing with a human past whose extreme hardship can only be imagined. But there are paradoxes in all this. 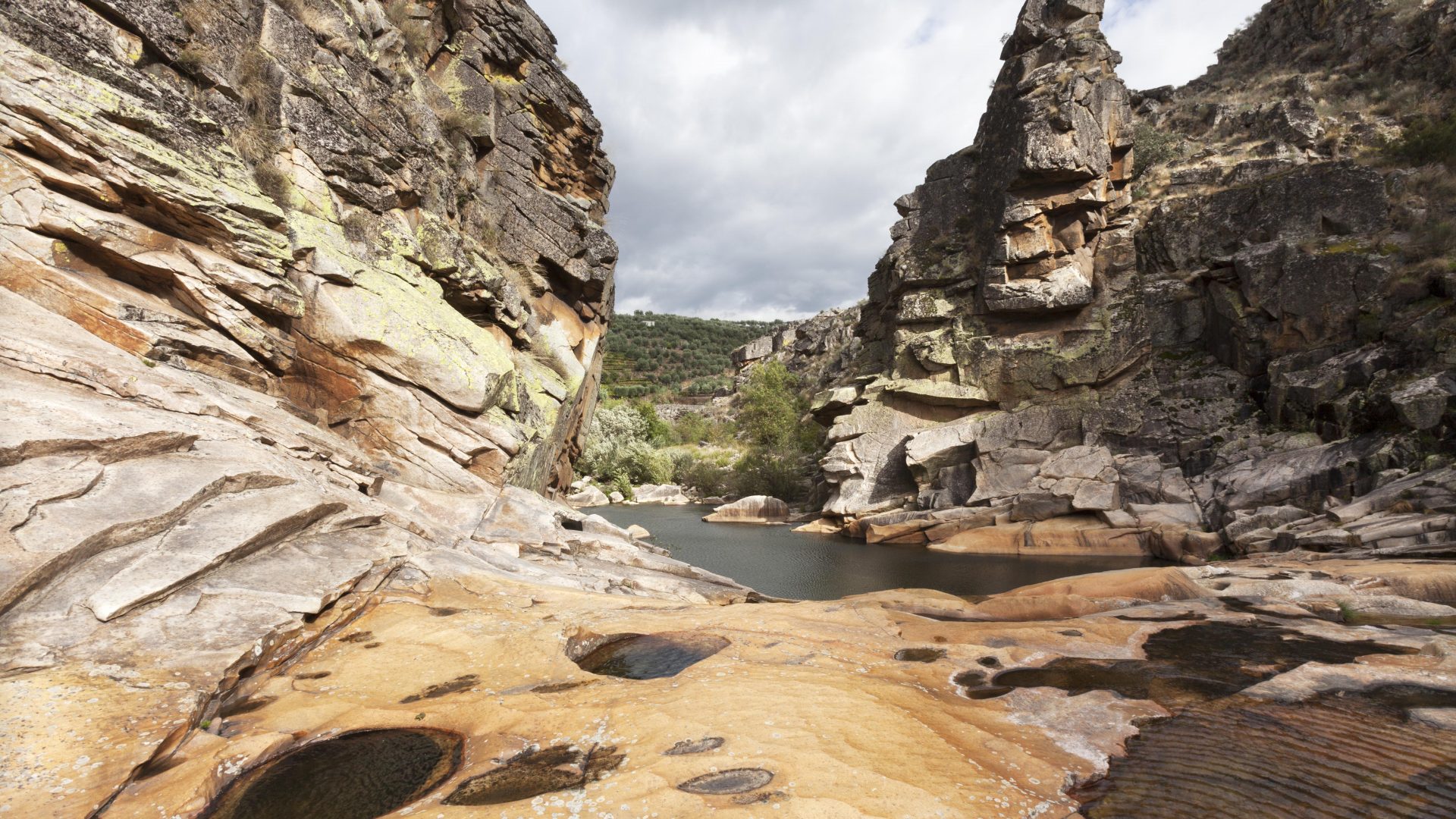 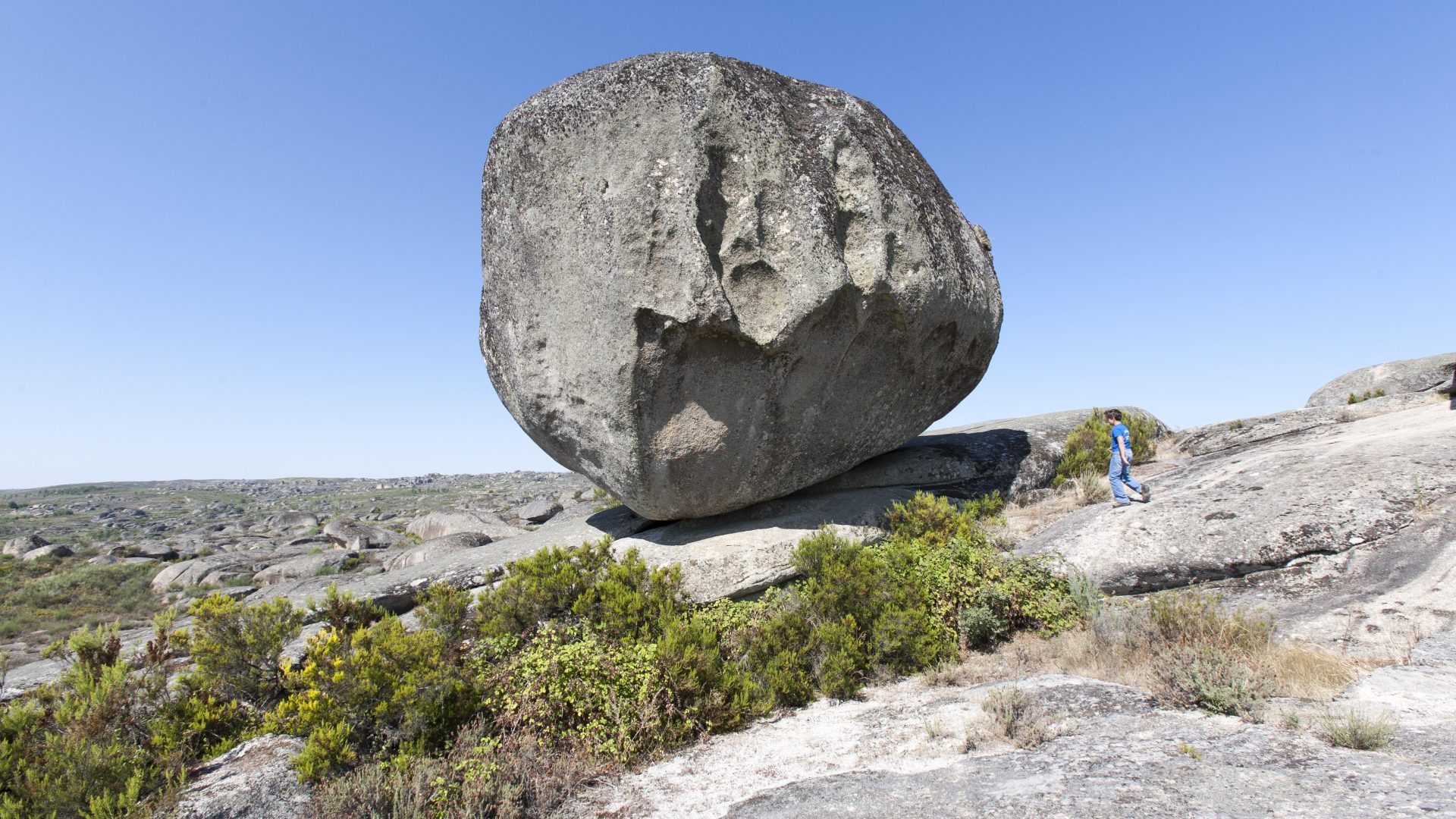 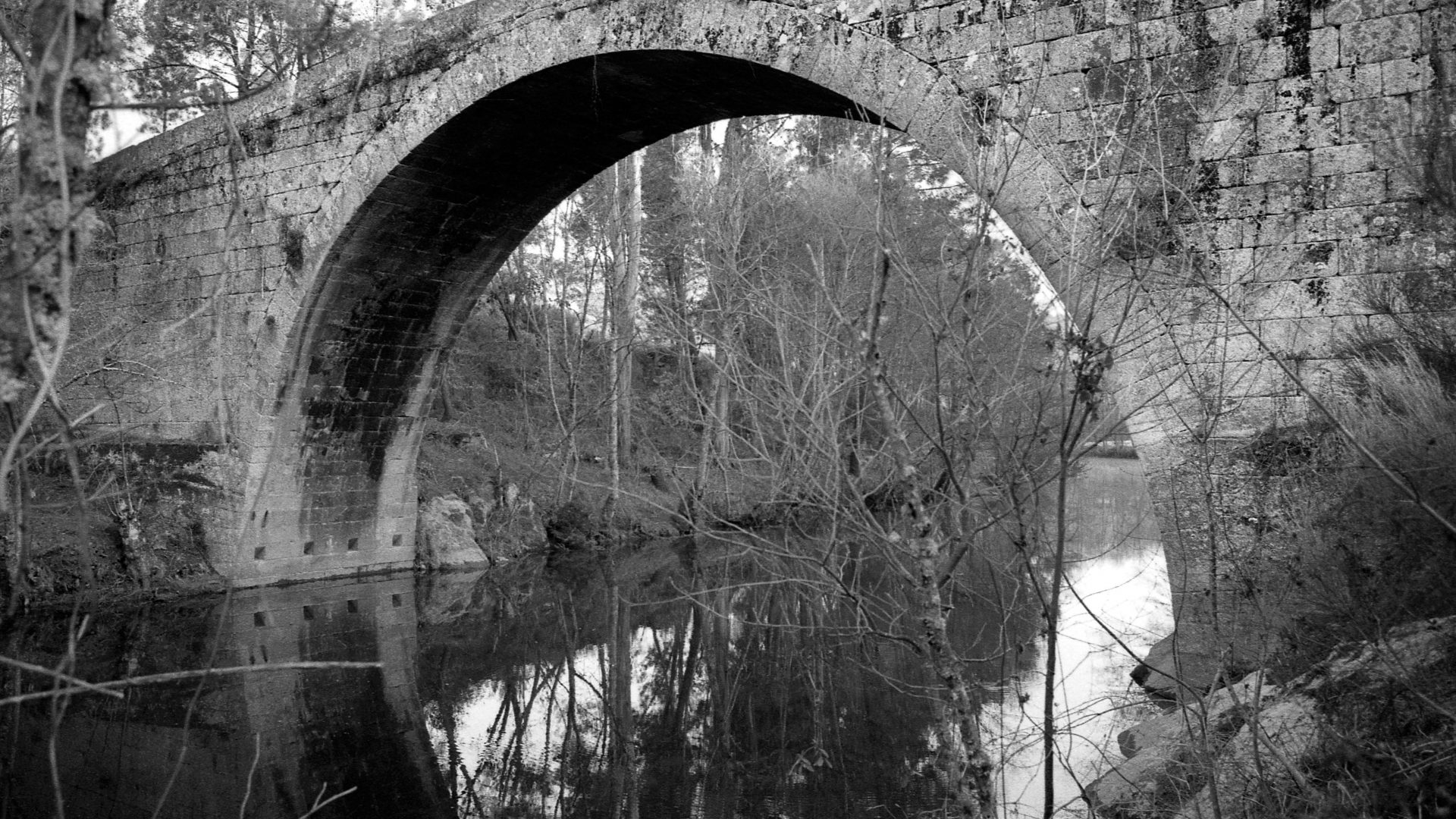 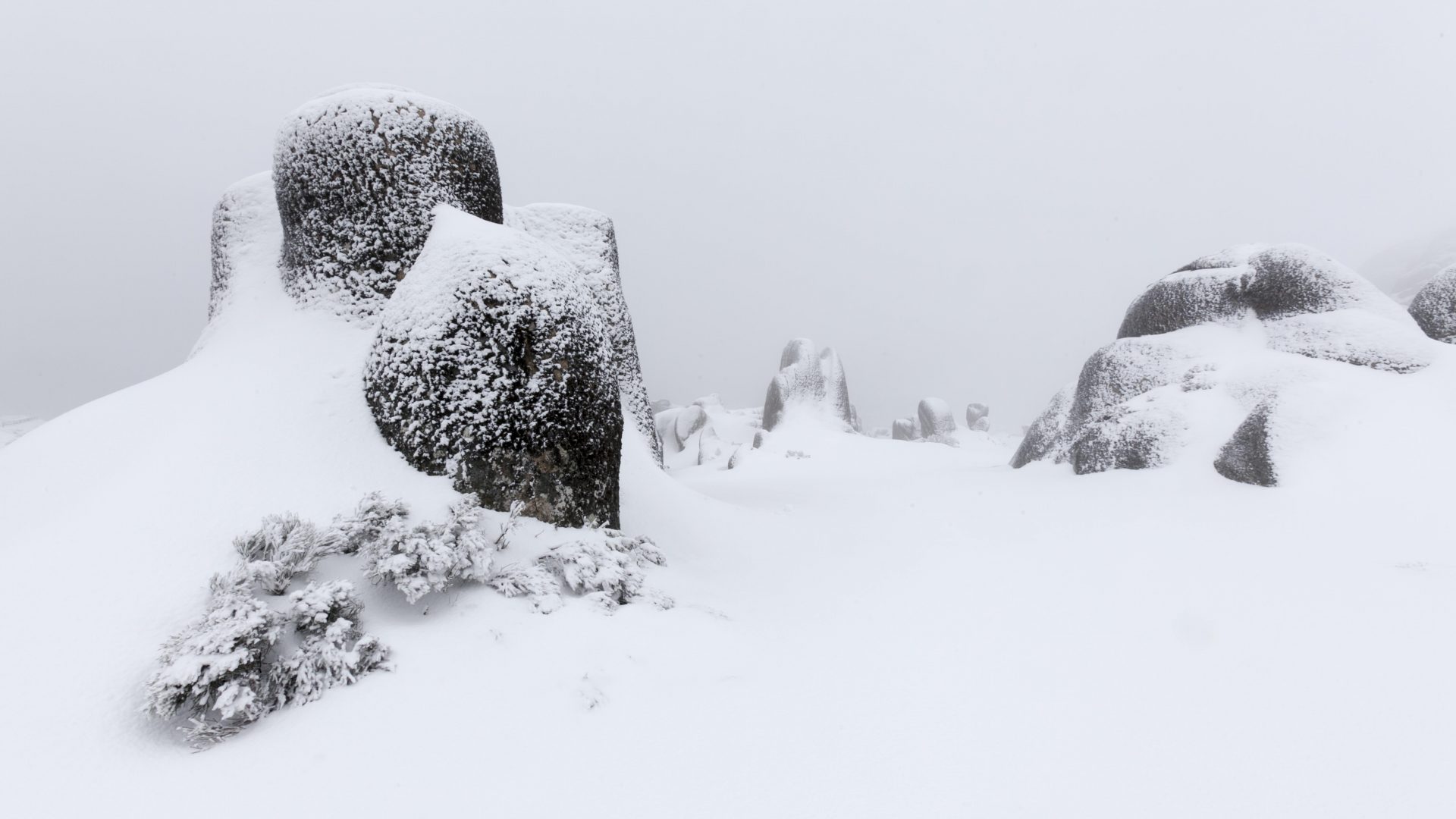 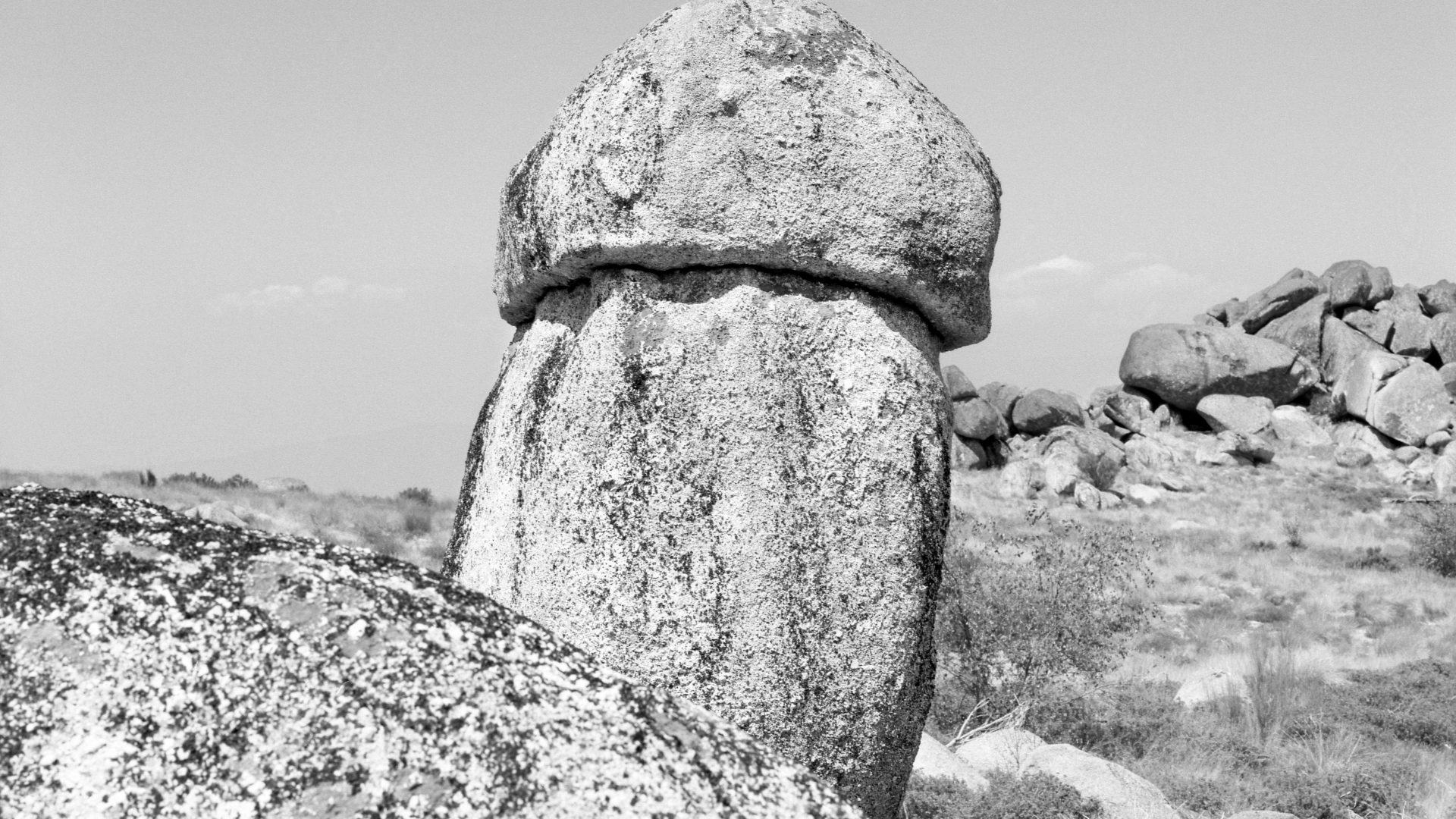 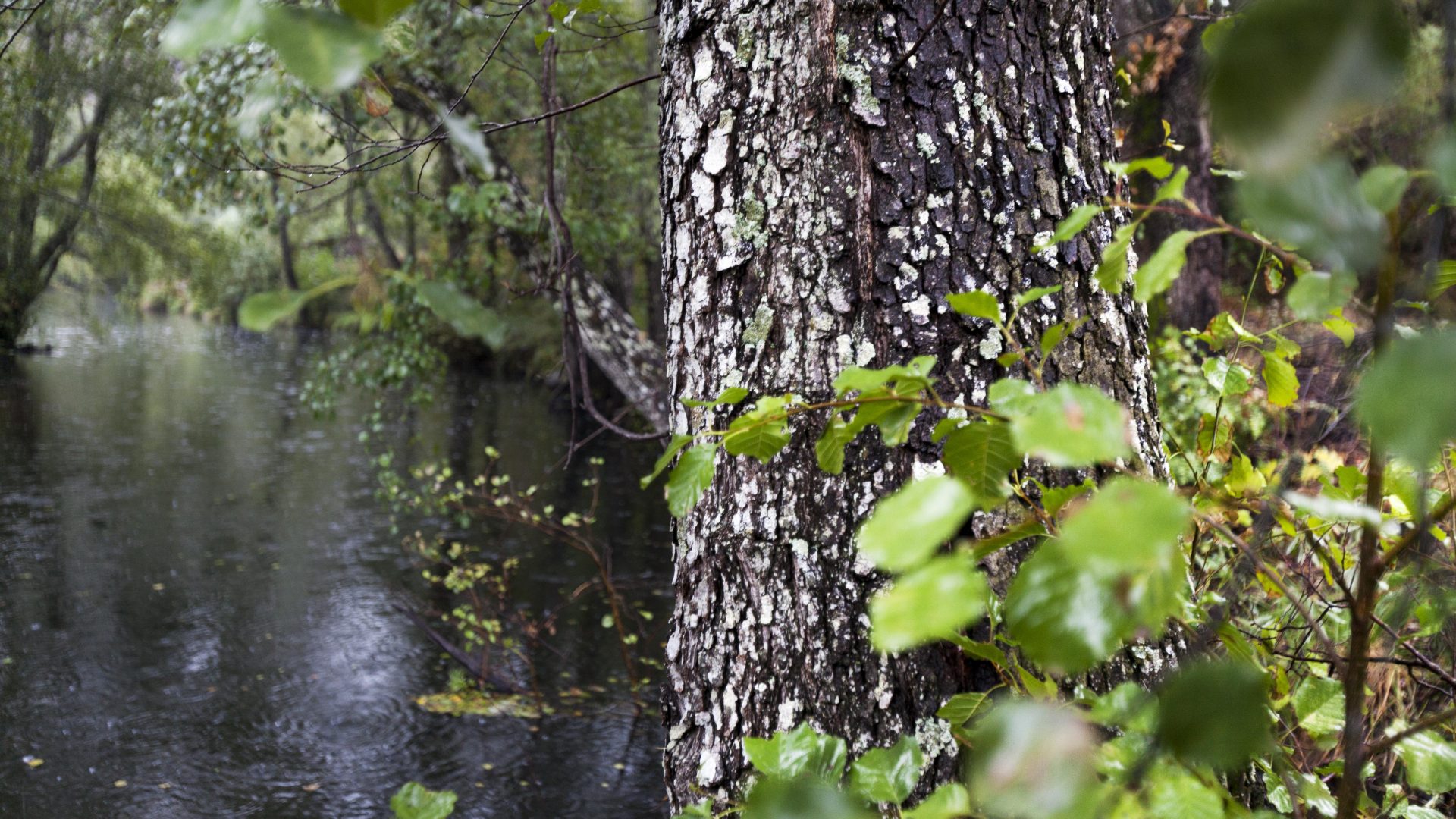 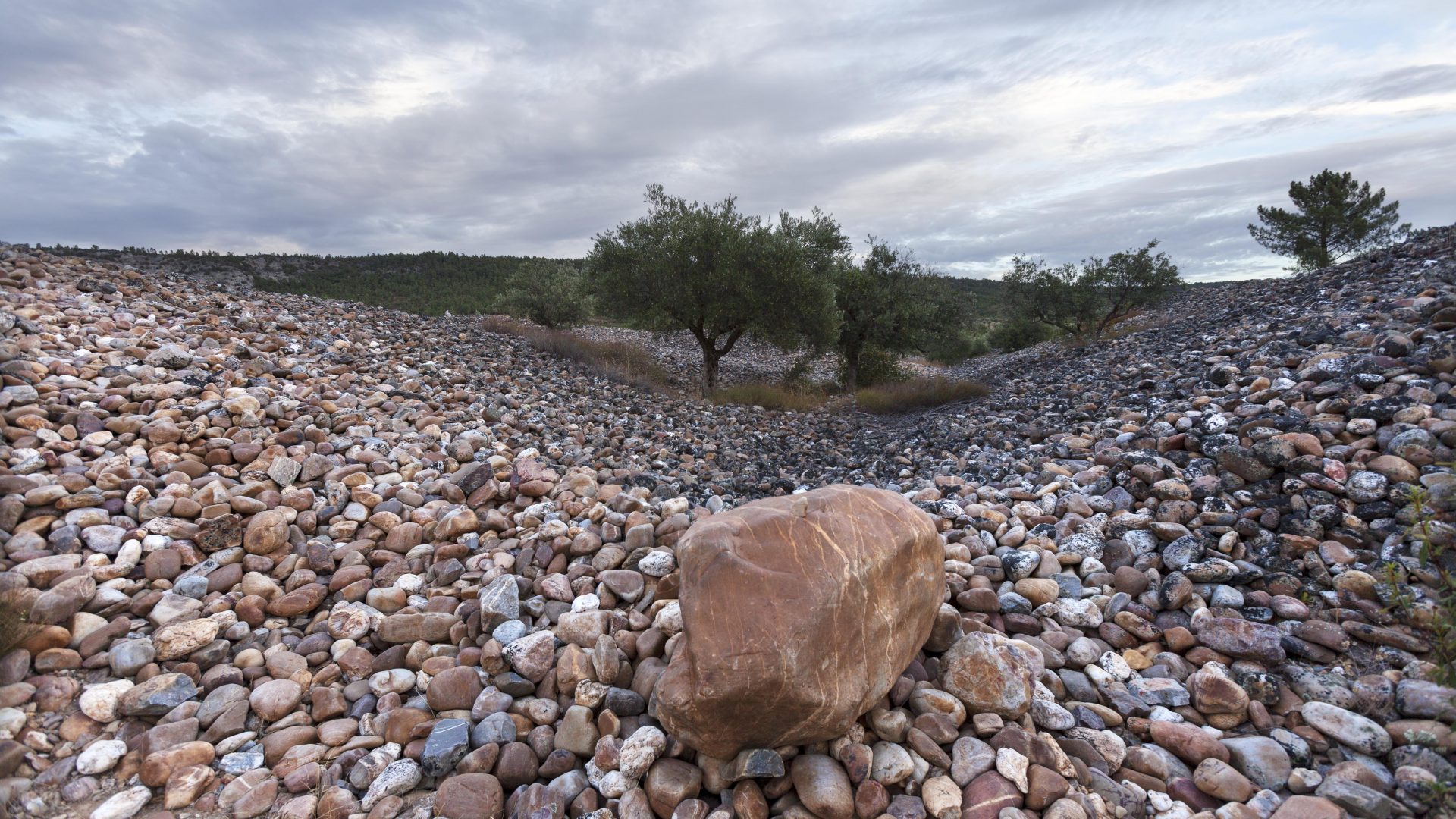 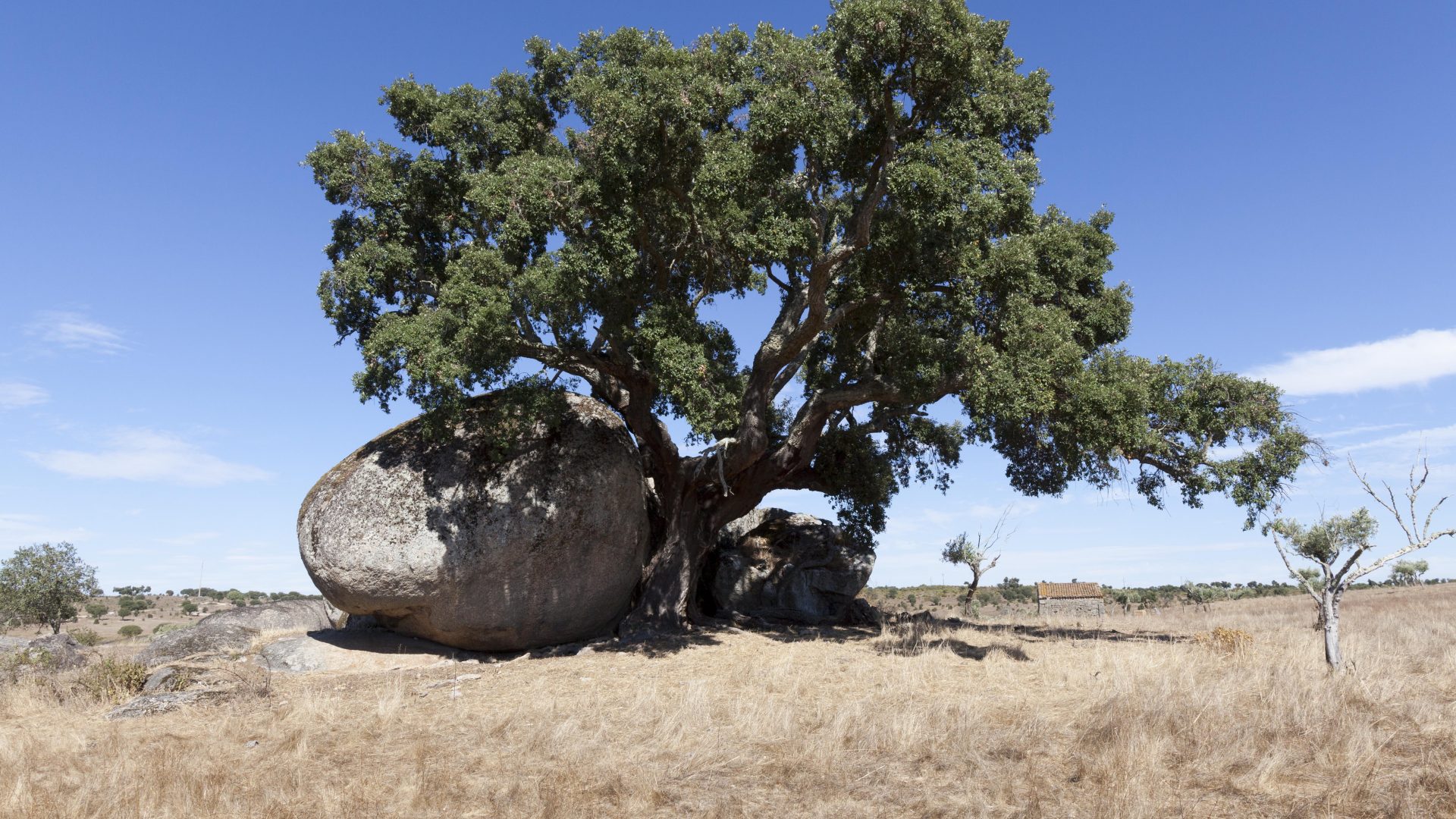 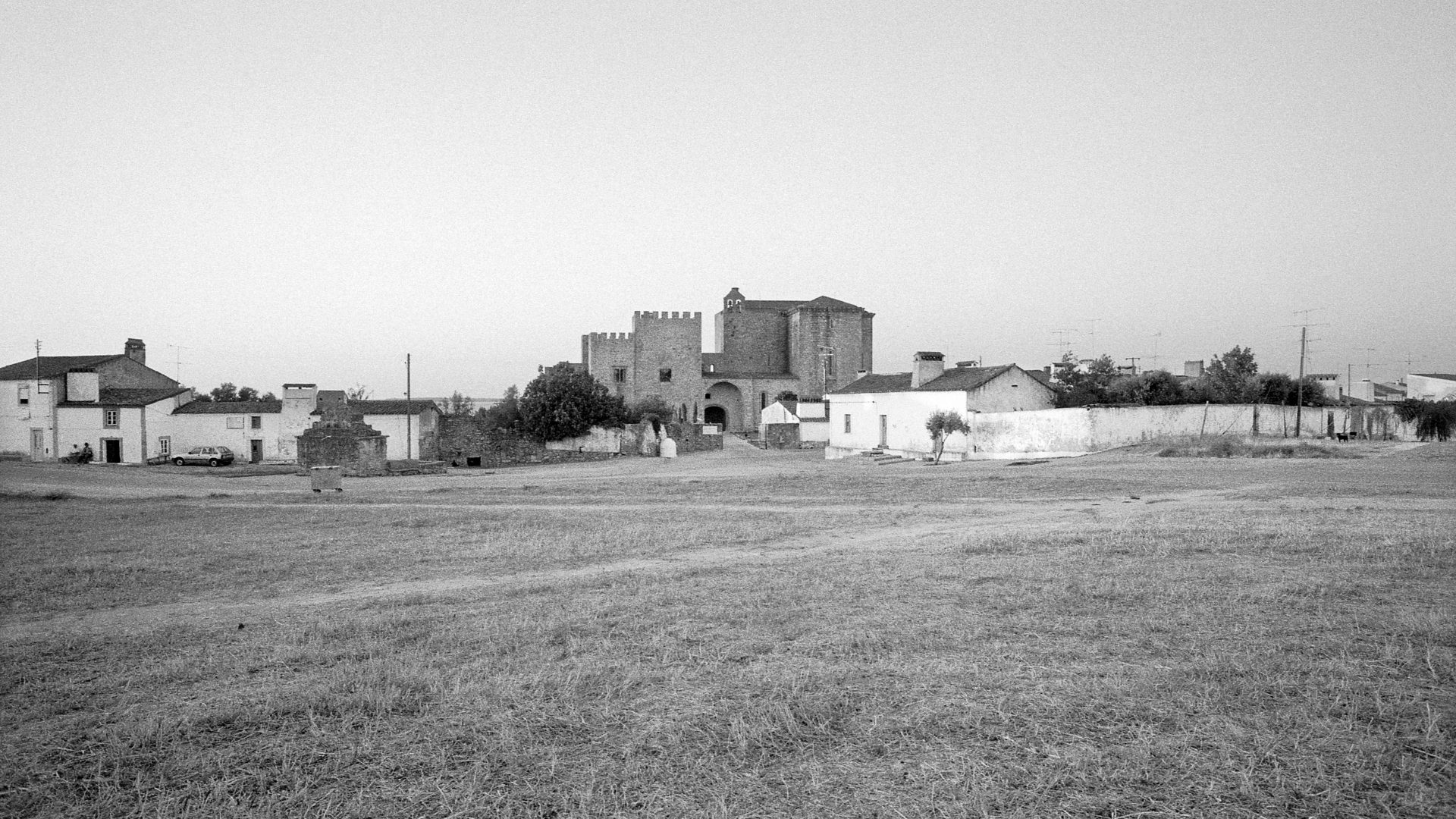 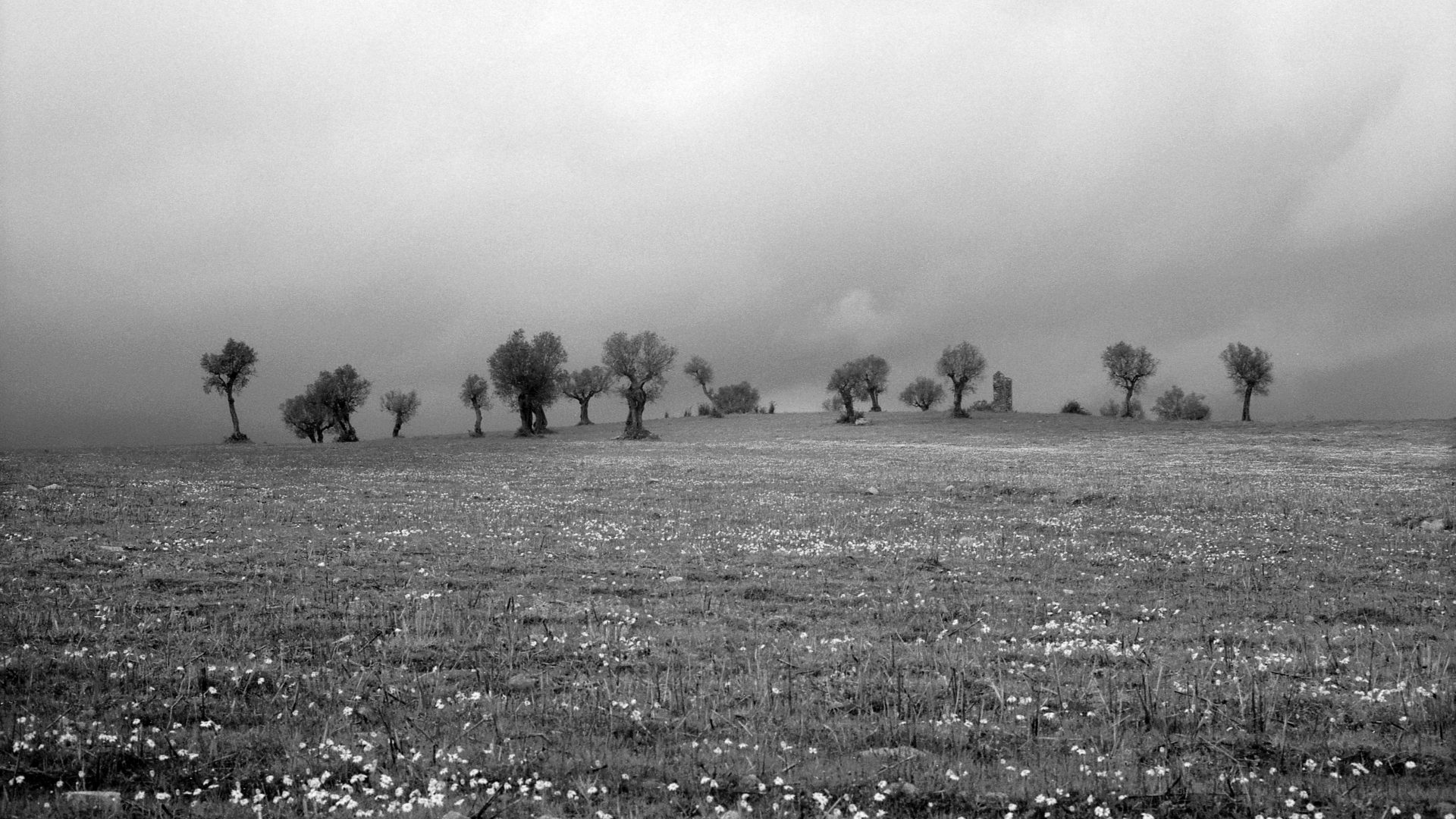 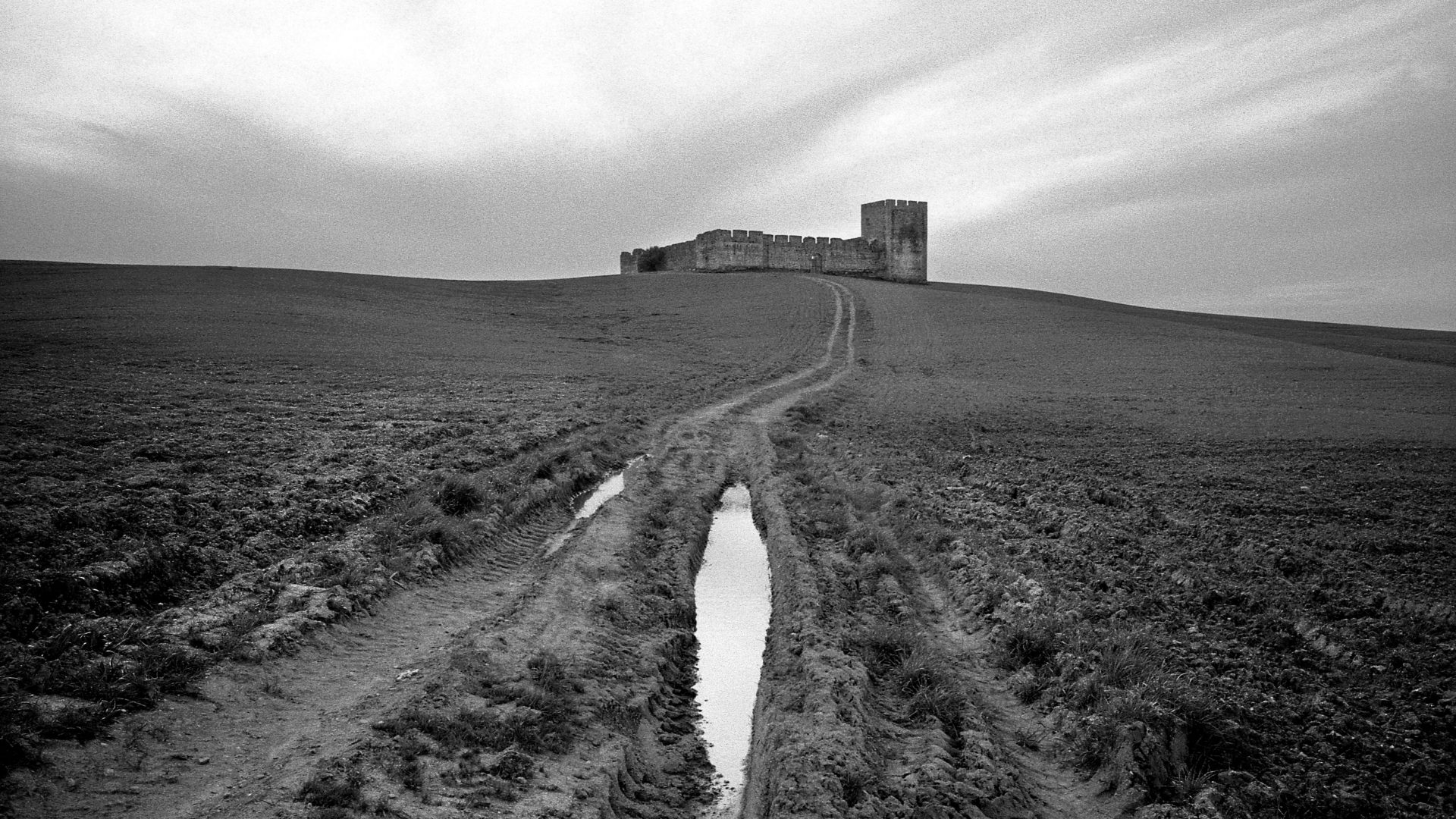 12 / 12
Castelo Real, Montoito, Nossa Senhora de Machede, Évora.1996
Unpopulated landscapes, pockets of wind, freedom and solitude. Tranquil places and a suggestion of ways to live a life less saturated by oppressive rhythms. Landscapes of peace, of extended time and integration into a notion of Nature that is not possible in the big cities. Contemplation. Life is also made of portrait-voyages, the sum of lost fragments lost from other movements. We are matter built from memories and dreams.
Returning. Crossing the deep valleys once again, washing our face in the wintry rivers, seeking the shade of paths, observing the gestures of ancient settlements left in the landscapes, climbing to the snowy peak of the highest lands. The south will be a horizon of summer. We spend the night in the desert under the heavens. Cold. At the break of dawn, we rise to a new horizon. Only much later will we understand the endless fascination of the planet we inhabit. We are building a cosmos in constant motion, immeasurably fragile. Contradictory. 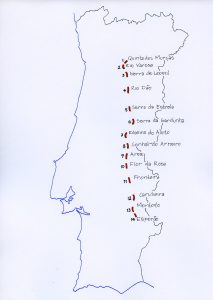 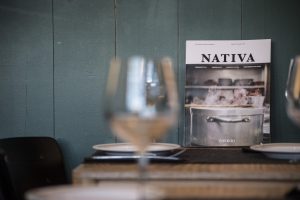 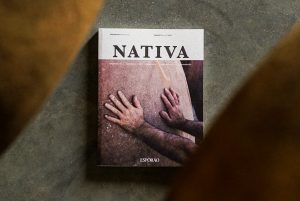