It is the depth of night. It’s a quarter to eleven and the sky is overcast, with the occasional pale beam of light from a slim crescent moon breaking through the clouds. The sound of snapping emanates from the woods on the slope opposite the Assobio vineyard. Strange noises echo from the ruins beneath the old vines. It is cold, but not excessively so. It is as if something, some presence, made the humid breeze from the north kinder.

Wings in the darkness

Within the confines of the Baixo Alentejo region, there are those who call them almas, due to their white colouring and silent flight. That said, when they want to make their presence felt, they make a harsh sound that can sometimes make the bravest man shudder. They live close to us, enjoy our presence and hunt countless mice. They are friendly and benevolent barn owls, a common sight on the farm and one of our greatest helpers when combatting rodents. If we listen carefully, we can also hear slight, sibilant crackles. Despite it being November, there are bats that are still active – we don’t know if they are cave or forest species; we would need ultrasound detectors and the help of a specialist to find out. However, they are around, still in search of their final meals before the frosty dawns come.

Further down, by the water lines that flow into the meandering Douro River marking the southern boundary of Murças, throaty whistles can be heard in the cane fields: it is the Eurasian coot with its short calls, while the biggest surprise can be found on the north side, the highest point in the surrounding area. A large forested zone, with thickets of oaks and strawberry tree groves dotted with cork oaks and pine trees. Such a figure is rarely seen, but once spotted, remains forever in our memory. The largest nocturnal bird and one of the most impressive in Portugal. It measures between half a metre and almost 90 centimetres tall, with a wingspan nearing two metres, with enormous yellow eyes and plume-shaped ears. It is true. If you are fortunate enough, you can hear its distinctive “u-hu!” echoing in the Trasmontana night or even see the magnificent Eurasian eagle-owl.

Lulled by the night, dreaming of the sea
The Douro reflects the lights of Folgosa and Covelinhas and, there in the distance, westward, you can see the wall of the Régua dam and we begin to dream: what was the wild Douro like in other times? Before the dams and roads, a century ago, the boats loaded with barrels descending the Trasmontano Douro towards the wine cellars in Gaia. However, it wasn’t only the boats that went up and down the river. Many fish, some great migratory species like eels, lampreys – sea and river species -, shad, twait shad and even salmon from the Atlantic, swam in this magnificent river where they are nowadays rare. This is due to both successive dams being built and the huge changes those constructions made to their habitat, exacerbated by poorer water quality, pollution and, more recently, the introduction of exotic species, like pumpkinseed, common carp, largemouth bass or pike.

The Douro of other times flows slowly, less rich and between walls, its memories silently gliding, submersed in the dark and cold waters towards the sea, under the cover of night.

Surrounded by life
Suddenly, we realise we are not alone. It seems that in the cork oak grove interlaced with arbutus and cistus, in the middle of the Assobio vineyard, protecting the entrances to the old, long-abandoned gold mines, something is moving. Listen. It must be big. It is making a lot of noise and the bushes are shaking.

There they are: a mother and her three young, stripes already fading. They are looking for mushrooms, roots and acorns to fatten themselves. The cold weather is perceptible due to the circle of sparkling ice around the crescent moon and the fog that covers the highest slopes in the area, hours after dawn. The wild boars, also known as porcos do mato (forest pigs), are an integral part of the agroforestry ecosystem at Quinta dos Murças. They are also very important in terms of biodiversity, disturbing the superficial layers, aerating the soil and reintroducing organic matter that facilitates new plant and animal cycles. The next day, we can see ditches and pools in the mud, extending to create barriers to parasites. Once in a while, hunts are organised to help control the populations, now that the wolves have long been part of the legends of yore; however, sometimes we also unfortunately discover that some have been captured and killed by poachers, who use scent traps to attract the animals.

We leave Assobio and make our way to the olive grove, where we encounter another surprise. Elusive and nimble, we see a common genet with its characteristic long, striped tail. Someone less used to these mysterious albeit typical animals of our fauna cries: “Look, a raccoon!” Which is understandable. We are more accustomed to recognising the fauna of other countries from TV programmes than our own, which rarely appears on wildlife programmes. The Douro Valley and adjacent rivers is a biodiversity hotspot, rich in fauna and flora, the result of unique geomorphology – a major network of interlocking valleys where schist and granite alternate – and influenced by the combination of two climactic regions – areas heavily influenced by the Mediterranean mainland and others more Atlantic in nature.

In addition to the genet we have just seen caught in the headlights, we could mention foxes, martens, weasels and even squirrels, moles, and if we are very lucky, wild cats and wolves. Yes, they are still around and growing in numbers again, the result of a huge investment made to protect, preserve and enhance the populations, after other animals from Spain were introduced. In winter, it is common to see young males roaming the more isolated mountain ranges looking for territory to conquer.

For us, it is positive to imagine a world like that: where people and woodland animals can coexist in harmony and where the howl of the wolves can be heard again, harking back to ancestral imagery, where humans were still in search of their place in this fascinating landscape. 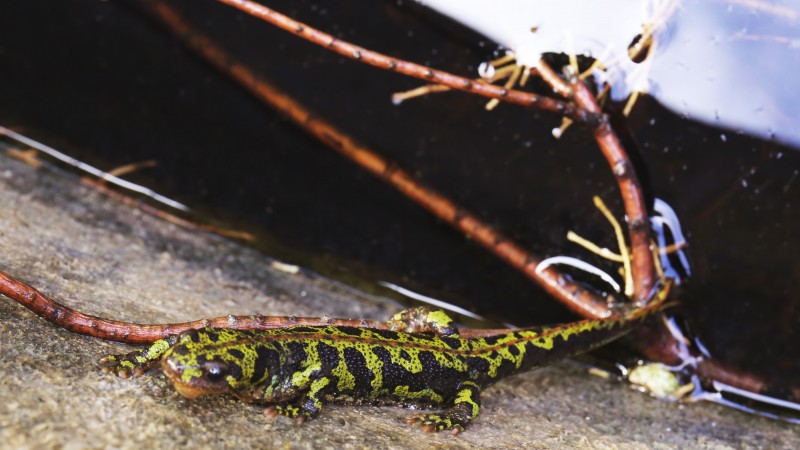 Even at home, we are not alone
We love horror films and movies with suspense for a reason. The cold that runs up and down our spine, the moan that triggers our adrenaline, the nursery rhyme that gives us chills and makes our eyes bulge. We like getting a fright, but only the type that leaves us comfortable after being startled and which tells us scary and surprising stories. One of those stories is based on a rumour that everybody knows in Murças, but which some hesitate to mention. It is the story of the ‘old man’.

Today, the house is being renovated and adapted to 21st-century creature comforts and requirements, while maintaining the utmost care and respect for traditional aspects of style, materials and building techniques combined with modern methods of sustainable construction and careful management of construction waste, materials, water and energy.

Quinta dos Murças dates back to the 18th century, but it was in the 1940s that major investment was made in both renovation and the vineyards. The first vertically trained vines were planted here, which became a curious feature of the region. And it was the man that brought about this change, Manuel Pinto de Azevedo, who would later enter the thoughts of all who came here.

According to legend, his personality was so strong and became so closely associated with the history of the farm that, even after his death, something of him remained here. Perhaps a spirit that watches over Murças. Of course, no one here believes in ghosts; however, if, at night, a strange sound is heard in the cellar, if steps echo or something moves, then doubt arises: is it the ‘old man’? In the old house, there was a historic room containing a portrait of Manuel Pinto de Azevedo that no one had any reason to fear. Even so, those who slept there felt a little intimidated when looking at the face of the ancestor and, letting their imagination run away with them, they often wondered: was there something more to that portrait? Many people preferred to sleep in other rooms, in the company of others, not because they believed in the supernatural, but “just in case”; better safe than sorry.

The cover of dawn
Our night-time visit ends here. It is time to go home and leave the veil of the early hours to lull the magnificent lands of Quinta dos Murças and its woods so full of life, the vertically-trained vines, which give you vertigo and from whence our most iconic wines come, the olive grove and huge, 600-tree orange grove that distinguish the farm’s landscape by the house, on the riverside.

It is gone two in the morning and the cold that should be felt is disguised by something that makes the humid northern wind kinder: the satisfaction of discovering the marvellous, dark side of Quinta dos Murças. 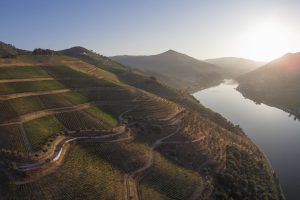 The importance of verticality at Quinta dos Murças 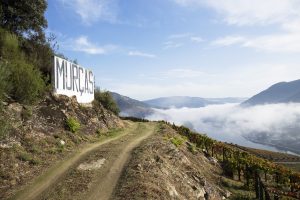 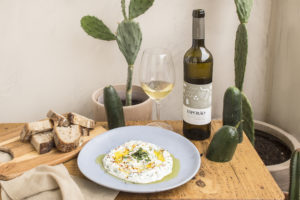 Harvest of the month: Tzatziki