Esporão Colheita is the company’s new wine. We spoke to seven of the people who helped write its story. Chief winemaker, David Baverstock, recalls early days at ‘Herdade do Esporão’ (Esporão’s Estate) and how the place inspired us to get where we are today.

“My story at Esporão began in 1992. At the time, I was working in the north of Portugal, in the Douro region and got a call from Mr. Roquette to come and work as chief winemaker here. They needed help and as soon as I visited the estate, I realised that it was a great opportunity, a huge challenge. It feels like yesterday but it’s been 25 years.

The Alentejo and Herdade do Esporão remind me of where I come from in Australia, so, I felt at home immediately and saw the chance to be part of a major project that aspired to standards of quality rarely found in Portugal. There was a lot of work to be done, both in terms of viticulture and winemaking. In the early years, I helped a lot with the agriculture, with the grape varieties that were planted and how things were done in the vineyards. In the winery, much needed to change, like how the wine was aged in barrels, which wasn’t being done properly, and different processes needed to evolve. I think everything just happened at the right time. When I got here, I came at a time of change, when people started to care more about the quality of the wine they drank. Alentejo wines were becoming fashionable. We launched Monte Velho, the single varietals and many brands in the early days.

One of the many things that the herdade has in its favour is the climate and the number of grape varieties that we have to experiment with and create blends. How the grape varieties adapt to our climate is surprising because it is very similar to that of the Barousse Valley, where I come from, in Australia. I feel the grape varieties are more expressive and the wines offer great elegance, balance and complexity. Obviously, we have the high levels of alcohol and tannins typical of the wines here in the Alentejo but the wines are never too heavy, like in Australia. Every year, I was more surprised because it seemed to be getting hotter and, even so, it’s not reflected in the quality of the wines.

In recent years, we have moved from conventional to integrated agriculture. We became more careful and attentive in the vineyard, until we eventually started using organic farming methods. It was not something that happened overnight, it was a long process involving a lot of work and respect for nature. Today, we know we are using the environment better, being more responsible.

The 2015 Colheita is the starting point. This is how all our wines will be made.
I’m increasingly comfortable with our agricultural production methods. The test results have been very positive and I sense a purity in the fruit, which is what we imagine organic to be. Esporão Colheita is a good example of this, with its purity, dense fruit and firmness.” 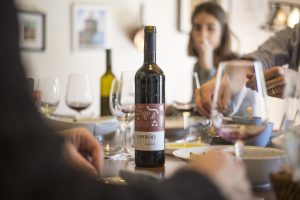 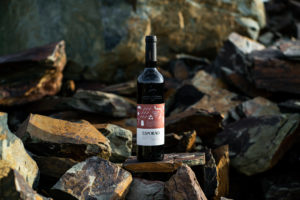