In 1985, we bottled our first wine, Esporão Reserva. It was the wine that made our reputation in Portugal and abroad. We managed to build our business, growing at a good rate, with a strong brand and positive critical reaction.

Initially, the company’s economic situation was not particularly easy. Like any project, there were problems and challenges in the early years. We took advantage of growth to make major investments: we built a large red wine winery, underground cellars and planted vineyards to consolidate the project and give it momentum.

At the time, some wine was being produced but the winemakers didn’t believe it was good enough for Esporão Reserva and we began a new project. The goal was to produce a wine with the same profile as Esporão Reserva, with the same grapes and terroir, boasting exceptional quality, but which wasn’t aged in barrel or bottle. It was important to make a wine on sufficient scale, accessible to everyone and other markets. And that was how, at the beginning of the 1990s, Monte Velho started to take shape. 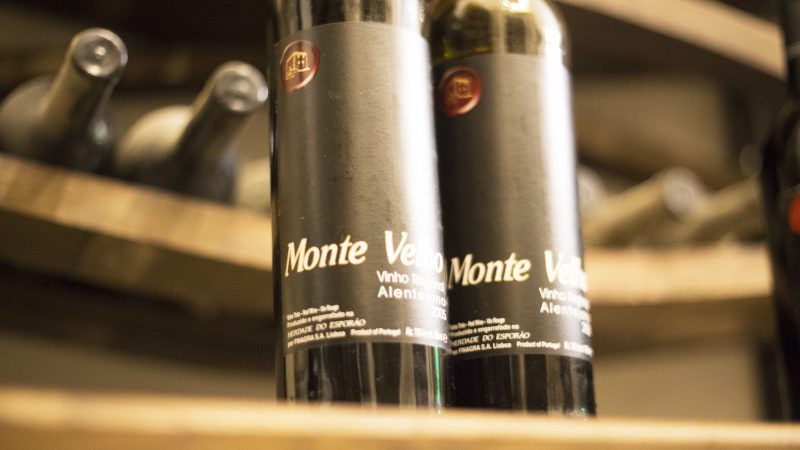 Bit by bit, Monte Velho became a major success and we began having the usual “growing pains”: how do we make more wine? We need to expand our vineyard and winery capacity. We had to adapt to growth until we found the balance we have today. For example, instead of having one winery, we now have three – the red wine winery, which mainly produces Monte Velho, the Adega dos Lagares winery, which we built for top-of-the-range wine, and a winery for white wines. It was also then that we took important decisions, planting more vineyard at Esporão and acquiring Herdade dos Perdigões, which had over 150 hectares of vines, as well as building a dam to guarantee water supplies for all production. All these factors were important for us to become leaders in the Portuguese market, as well as position ourselves internationally. As such, Monte Velho is undoubtedly a driver for company growth. A driver that has been growing, first in volume and then maturity; maturity as a brand and as a product, always including and improving value.

In recent years, we have been able to certify all Monte Velho production as integrated. Monte Velho has double certifications regarding its origin. First, the Alentejo regional wine certification, which is awarded by the CVRA (‘Comissão Vitivinícola Regional Alentejana’ – Alentejo regional wine comission), which ensures the grapes come from the Alentejo. Most of the grapes come from here, at Esporão, from Herdade dos Perdigões and partner-suppliers, who are also responsible for the success we have enjoyed. The second certification, within a European context, is that of integrated production – the grapes not only have to come from a specific region, but also need to be produced in a particular way that considers environmental issues, such as soil management or the products used.

I have to confess, I don’t know any brand that makes the volume that we do of Monte Velho and has this certification. This was a very demanding process that involved Esporão and 15 grape suppliers with whom we work in partnership, who also decided to grow with us on this adventure.

The Alentejo
When the project first started, the amount of wine in the Alentejo in this price range was minimal. The ones that did exist were made in huge quantities (millions of litres) and in a very simplistic, basic way. And then Monte Velho appeared, costing 200 escudos and made with good grapes, modern wineries and a team of competent, innovative and motivated professionals.

The Alentejo had around a 10% share of the market in Portugal, so what happened next with Monte Velho was very important. This wine has built a great Portuguese wine company, while changing the history of what wine means in the Alentejo. Today, Monte Velho has a reputation throughout the world, as does the region – not only for its ability to produce top-of-the-range or high-quality wines, but also entry-level bottles. These are pleasant wines to drink and, at the same time, serious, well-made and representative of a region that has all the right elements, especially when it comes to the weather, to make great wines.

Of course I’m biased, but, in my opinion, the Alentejo is the region in Portugal where, in addition to world-class bottles, the finest good-value wines are made.

The Alentejo’s extreme climate imposes very specific conditions that positively affect the products made there and that people like them. For me, this is the region’s greatest virtue.

Longevity
When people taste Monte Velho in Portugal or anywhere in the world, the reactions are always positive. And they are positive because this is a very agreeable, gastronomic and balanced wine. Interestingly, it is also a wine that can be laid down and enjoyed at a later date. This is something that Monte Velho also inherited from Esporão Reserva.

After tasting Monte Velho 2005 – a year that, generally-speaking, was not great for Alentejo wines – I see that it continues to boast a vibrant colour with little oxidisation and still has very good acidity. The fruit has developed, as you would expect for a wine that is over ten years old. This shows that only a wine made in a serious way, like the best ones are, can achieve this longevity.

We did a tasting in 2014 with some of Portugal’s most important wine journalists, in which we tasted 10 Monte Velho vintages, and it was a remarkable experience. It was amazing to see the differences between the various years and the evolution of vintages like 2004 or 2001. Great white wines. Monte Velho has this capacity to evolve well in the bottle, which is something not normally expected in a wine that costs five euros. 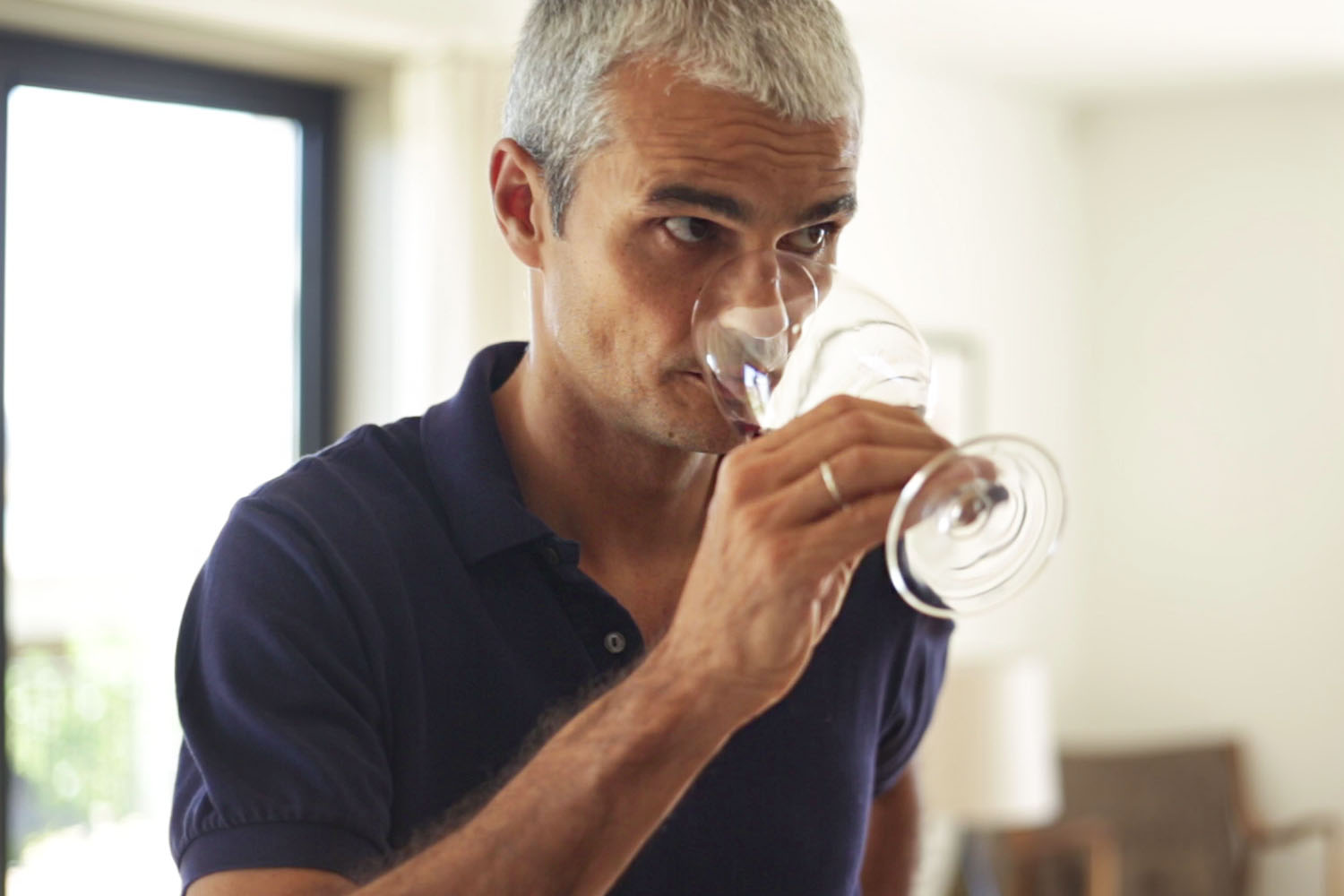 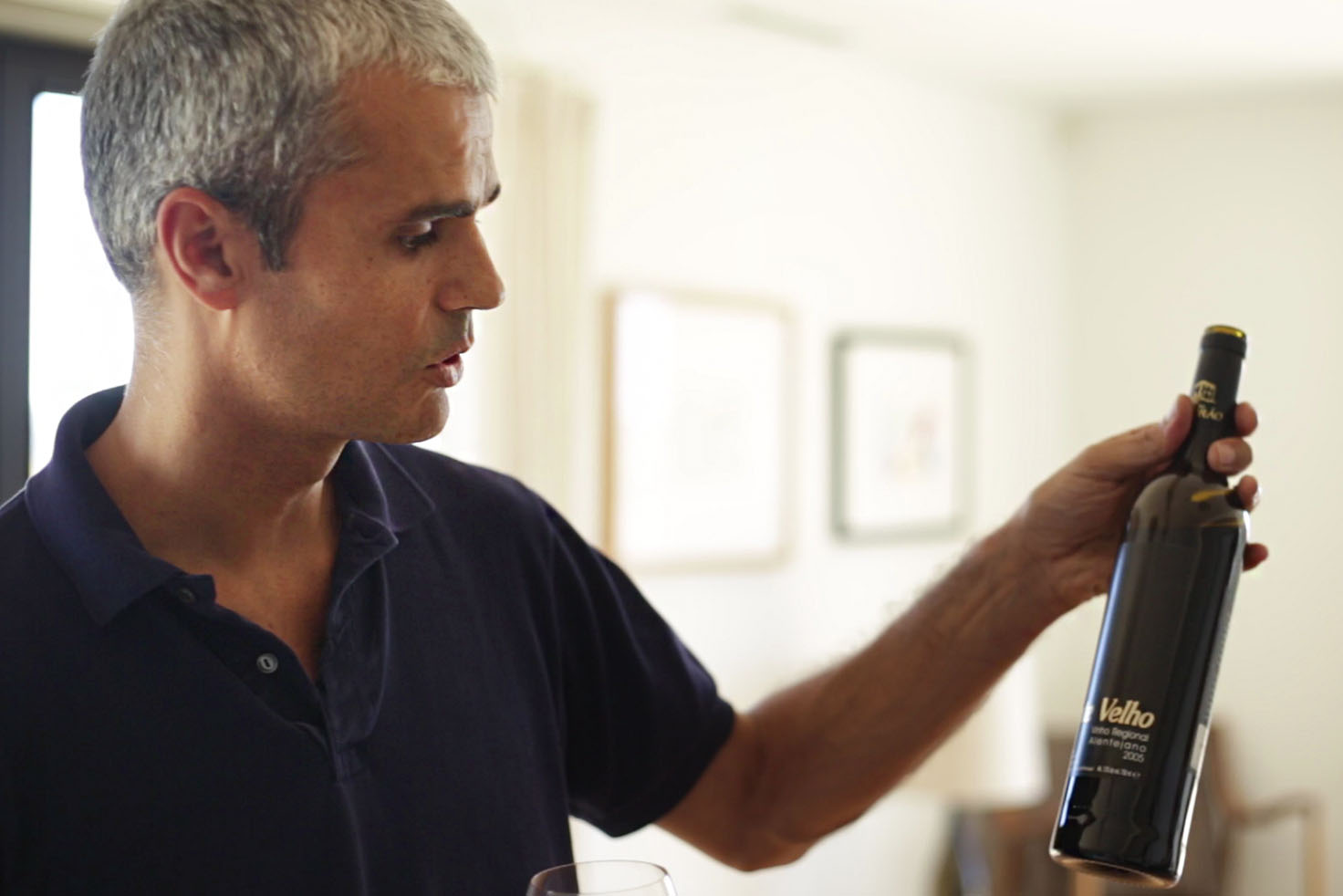 2 / 2
The Future
The volume of Monte Velho produced has been stable in recent years and we have taken advantage of this to consolidate its quality and prepare for the future. We are planning to upgrade the first winery, which was built in 1985. These changes will be made based on 30 years’ experience making Monte Velho and, for that reason, we believe they will provide a new standard of quality.

Our dream is to make Monte Velho exclusively from organic grapes, like some Esporão wines already are. Of all the wines we produce, this is obviously the most demanding because of the volume involved and the fact that the grapes do not depend solely on us, but also on our partners. It is a very tough challenge. We are getting closer to this goal and will strive to make it happen.

Gallery: The rugs that paint the Alentejo with colour and history 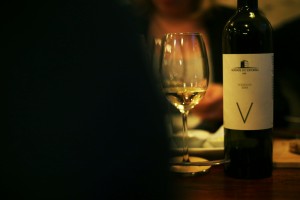