From Garrafeira to Private Selection

In 1992, we produced two top-quality wines at Herdade do Esporão – Esporão Reserva and Garrafeira Red. At the time, despite being made from the best barrels of the Reserva blend, Garrafeira was a high-quality wine but with characteristics that didn’t match the “image” conveyed and its own name.

“The name Garrafeira (wine cellar) suggested that its potential for ageing was also superior to the Reserva, which wasn’t the case at the time. When I arrived at the estate and bottled the wine, I realised its potential. It had the characteristics of a ‘garrafeira’ wine but we could give it more structure and improve how it aged.” David Baverstock.

The first step in effecting that change began in the vineyard. After a few experiments, to get a stronger, firmer and more structured wine, we needed a good base, so we planted the Syrah and Alicante Bouschet grape varieties.

The following years involved a lot of work and development in both the vineyard and winery. The year 1999 was one of transition and, in 2000, now with vines that were four, five years old, we were able to present a new wine born from Garrafeira – Esporão Private Selection.

“The previous name didn’t help transmit the message we wanted, particularly to export markets. We wanted to show that this was a special and exclusive wine, offering quality and produced via a careful selection of grapes. We thought that the name ‘Private Selection’ achieved that and, internationally speaking, it aided communication.” 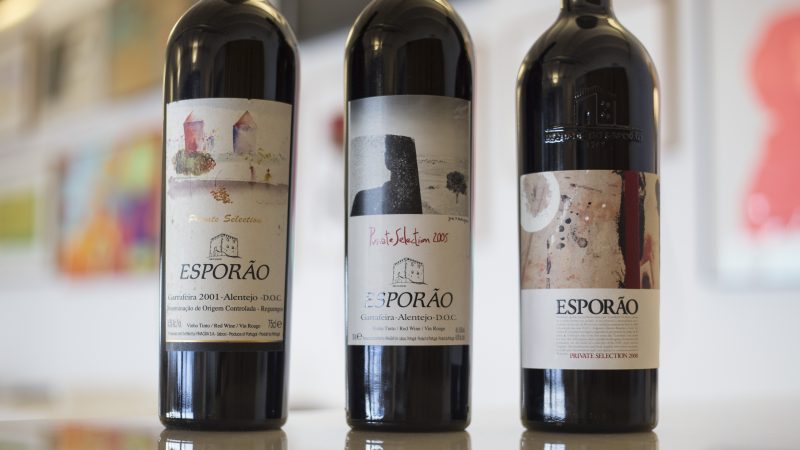 After changing the name and improving how things were done in the vineyard, we needed a new winery. In 2000, we built the Adega dos Lagares (‘Lagares’ winery), which gave us what we needed to make a top-quality Private Selection Red. The wine was based on more concentrated grapes and the new winery helped make the vinification more intense and detailed.

Initially, Esporão Reserva and Private Selection were both aged in American oak casks. Nowadays, they are aged differently. The grapes are still vinified separately, however, for Private Selection, new French oak casks are used. The different ageing techniques make the wine more intense with the body to absorb and handle the more obvious oak.

After two years ageing – first in casks, then in the bottle – in the nose, the wine boasts a bouquet of predominantly black fruit with hints of smoke and spice. The palate is rich and balanced with good acidity and delicate tannins, with a long and persistent finish. 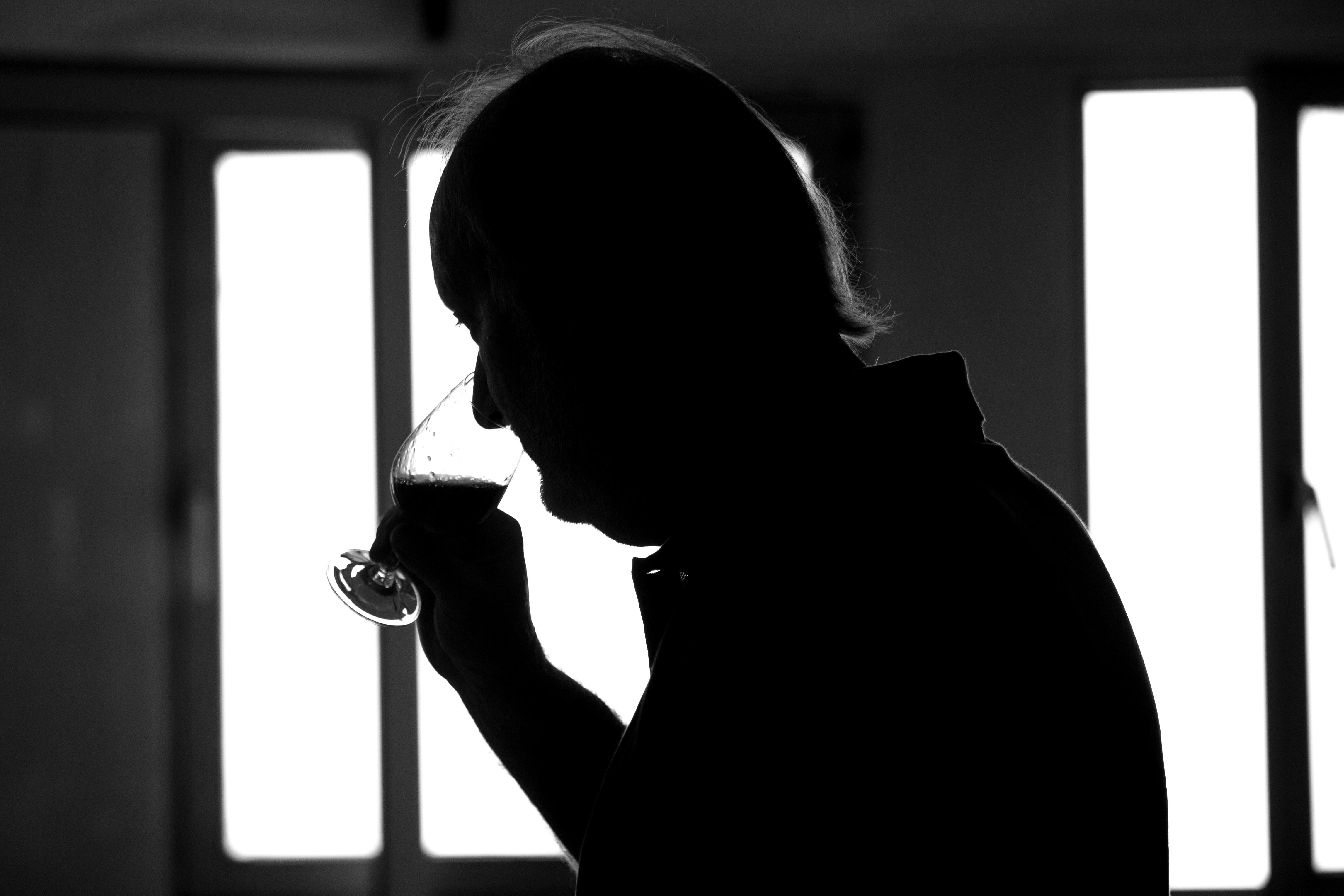 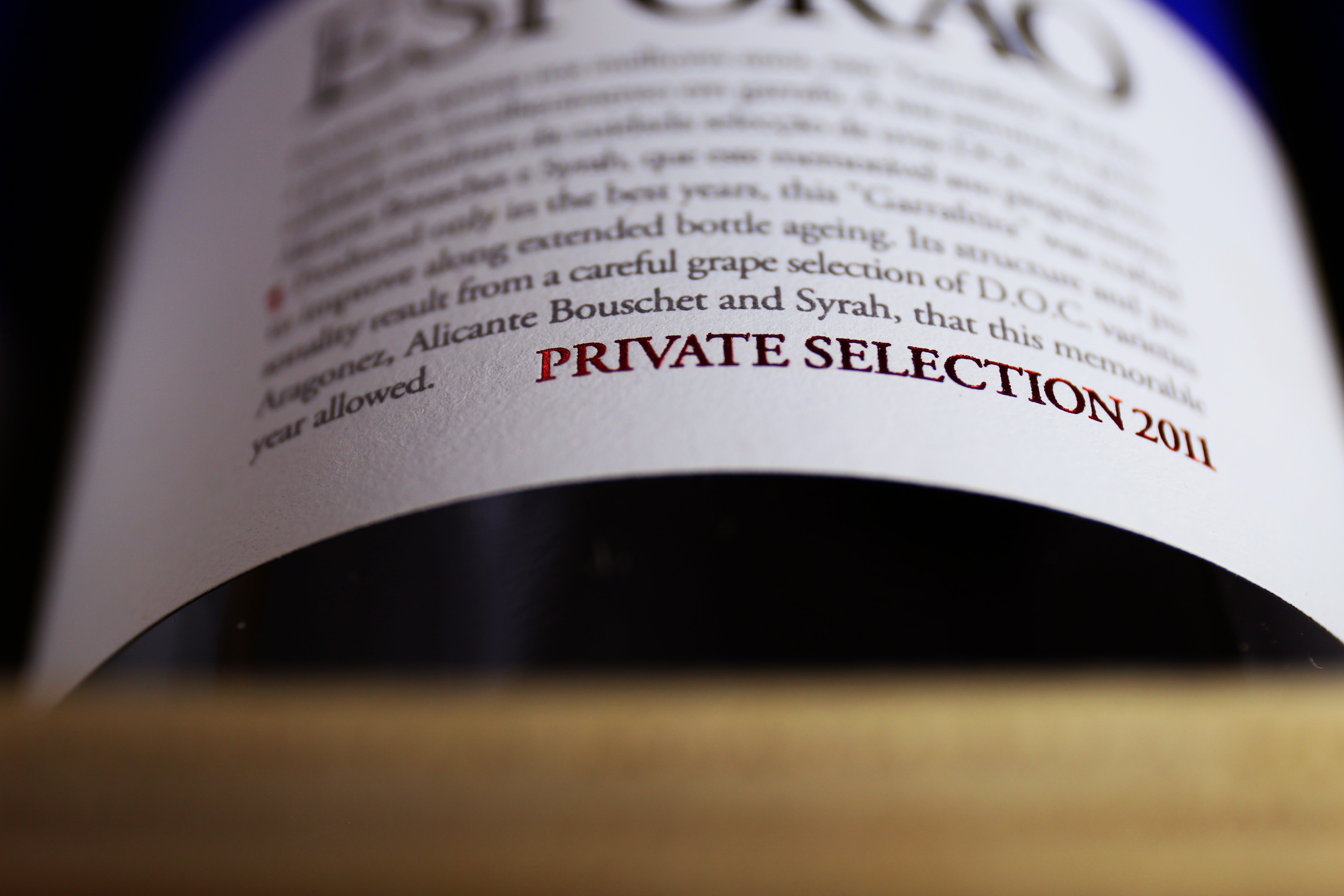 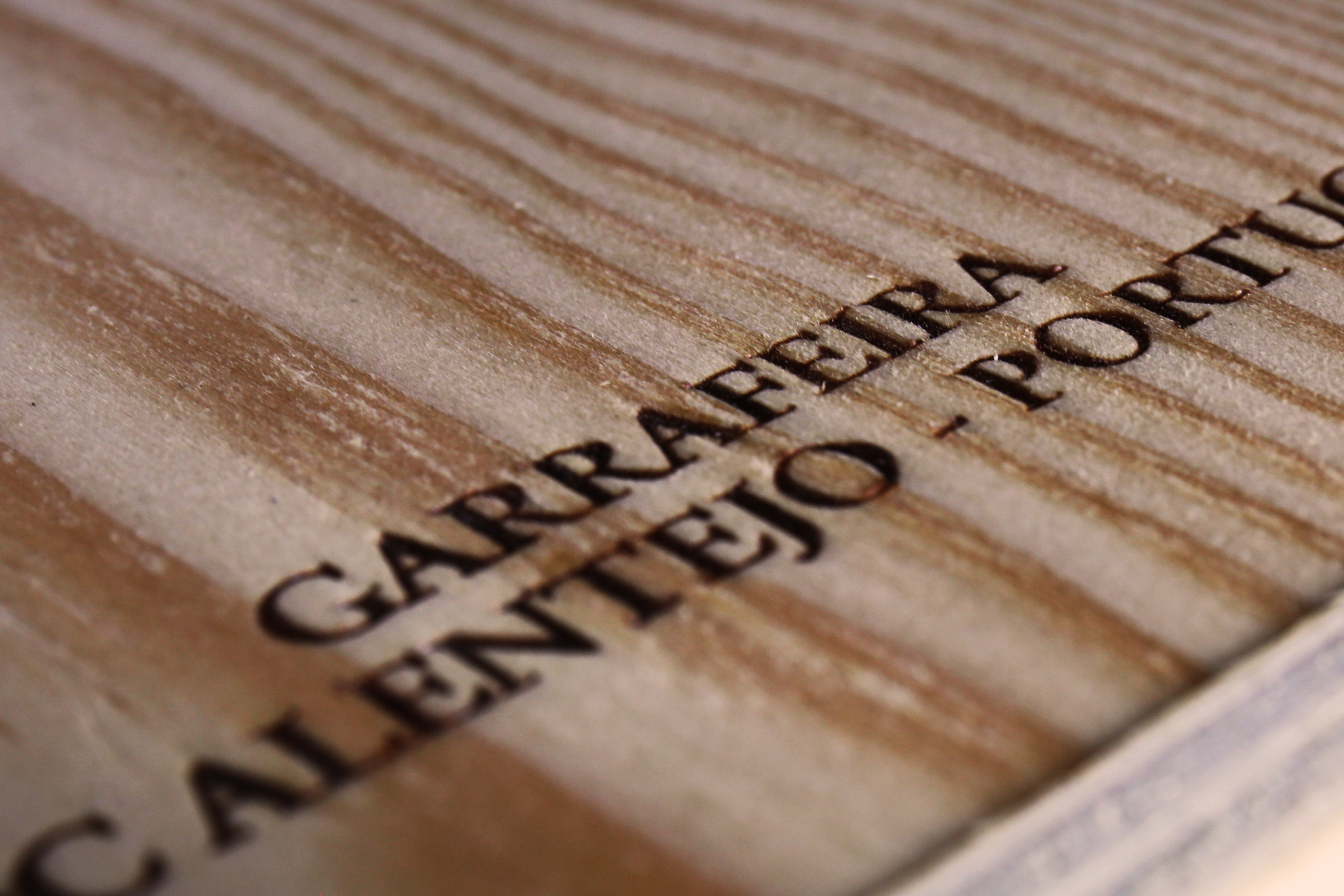 3 / 3
A Unique Wine in Alentejo
Esporão Private Selection White’s story is rather special.

In order to make an outstanding white in the Alentejo, we had to take a risk. So, our winemaker, David Baverstock, brought a relatively rare French grape, Sémillon, to Herdade do Esporão. At Bordeaux produces the best whites and is well known for sweet wines, like our Late Harvest, which we later made with the same grape. We were pioneers in the Alentejo and, today, we have one of the oldest Sémillon vineyards in Portugal.

“I was very lucky to be given the freedom to take a risk and do some experiments in the vineyard. I already had a lot of experience with this variety, which is iconic in my region of Australia, Barossa Valley, so I knew it very well. Here, the climate is very similar and I knew immediately that the grape would adapt to the region’s heat. This knowledge meant I could predict what the wine would be like. I knew that it would have the structure to be fermented in French oak casks and age better in the bottle.”

The prediction proved correct and the grape adapted very well to our soil and climate. In the first few years, the wine had its ups and downs. Initially, it was more exotic, which meant great success in the Brazilian market, which wasn’t really used to whites and saw this one “almost as a red”. 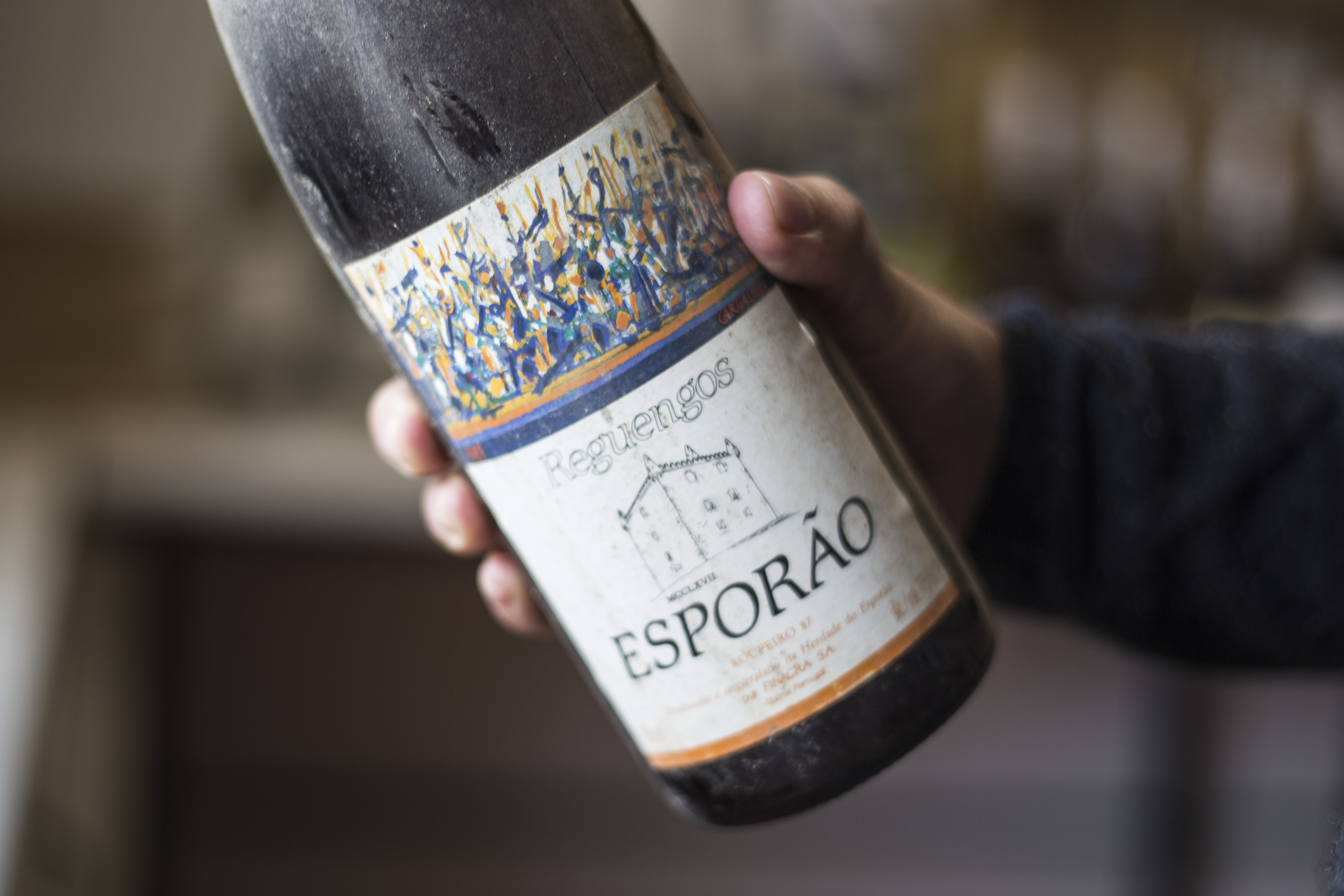 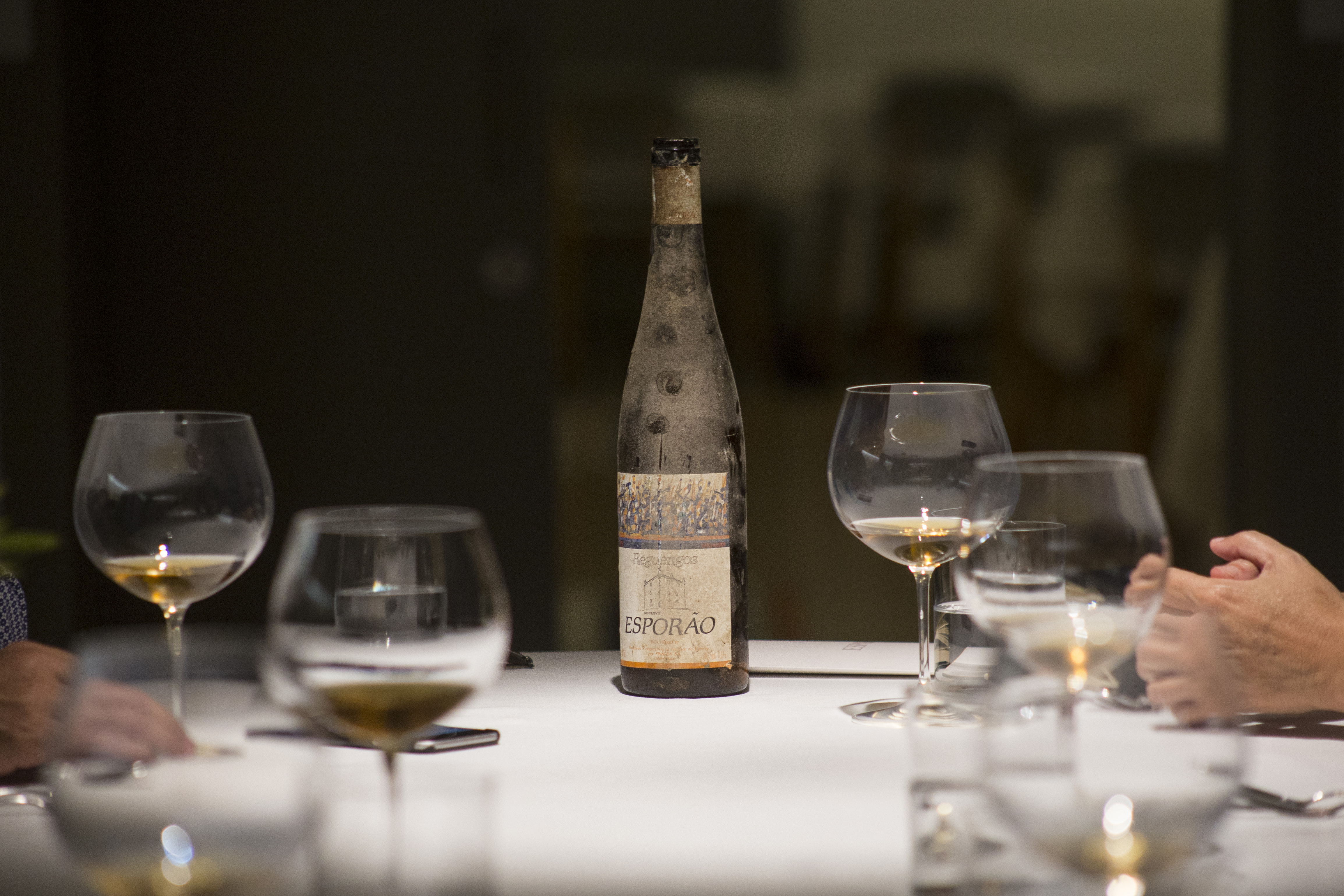 2 / 2
Later, we tried to change this palate profile to one with more concentrated fruit. We focused more effort in the vineyard to reduce that sweetness and the quality of the wine was honed over the years.

Today, with vines over 25 years old, improvements in the field and developments at the winery – new and bigger casks (500 litres) for better integrated oak –  means we have the right conditions to produce a wine with Private Selection’s quality. 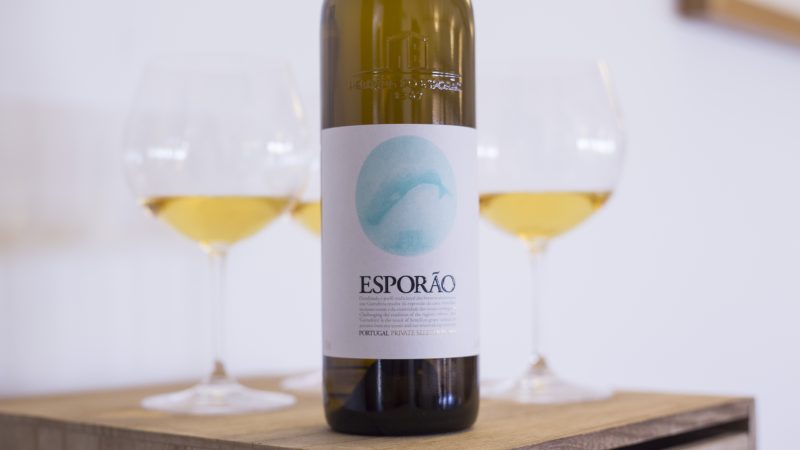 Its history has produced a unique wine amongst Alentejo whites. It boasts a complex and balanced aroma of grapefruit, jammy apricot and toasted hints of oak. The palate is rich and elegant with a long, intense finish.

To drink now or to keep in the cellar to enjoy later. 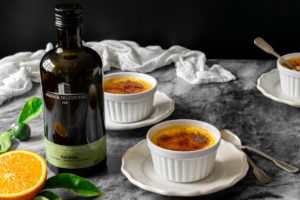