How will life be when she arrives? Will I be able? Will I have time? These were never my thoughts. I just wanted one thing: to slow down.

Some coworkers had already mentioned that our first films are like our first children. I must admit they were right in a way, but this is not a movie like any other. Actually, she is my first child. And that is impossible to describe!

How will life be when she arrives? Will I be able? Will I have time? These were never my thoughts. I just wanted one thing: to slow down. And I did not need a specialist to point that out to me, as I felt my days were too intense and filled with too much information and too many deadlines and decisions to make. I felt that everything happened at a glance, with a lot happening at the same time, leaving me with almost no time to enjoy what was left behind.

I called the account manager of my mobile network provider and asked her: “I want to decrease my mobile data limit from 2 GB to 500 MB.” Judging by the silence on the other side of the line, I believe I was the first person asking for a downgrade like this. I think she still tried to dissuade me from committing such “madness” but her attempts were unsuccessful. Fortunately. It was perhaps my first and conscious step to start slowing down the clock.

Everywhere, every hour, minute and second my mobile phone was present in my life. Every 10 minutes, or maybe not even that, a new notification, a message, a call, something on the news feed. The door to my work life was always there, half open. The gesture of picking up the phone and looking at the screen became too automatic. I felt absorbed by a voracious digital world, with excessive information and content. My account manager was still not convinced and so I gave her my final argument: “I want to look at life beyond the screen of the mobile phone”. And that was it, I got the 500 MB!

The changes were not immediate because habits and addictions do not disappear just like that, overnight. But gradually, I became less and less dependent on the brightness of the screen and the habit of checking my email countless times a day. Gradually, I started focusing and looking at the more organic things in life and questioning myself about them. How to raise a child in a world with too many screens? This was what I had already thought about even before Alice had been born. She was a little over three kilos when she was weighed for the first time. An immense happiness, an even greater sense of responsibility. Little did I know that Alice was to be primarily responsible for the slowing down of my routine.

With the presence of this new element in the family, I started circumscribing my work more and more to the office. From Monday to Friday, the professional world would usually end at 6:30pm. Everything started being centered on little Alice’s universe. Physically, those first few months were even more exhausting and filled with anxieties and worries, but slowly I began to value small life details, away from the immediacy and the voracious consumerism of information.

Instead of the sound of email notifications, news feeds, messages or Whatsapp, other sounds started to emerge, like crying and smiles. Inevitably, the diaper changing routine also entered my life. All this wrapped up in an unfamiliar world in which I had to learn how to live. I had never changed a diaper before, but today I feel I am an expert.

Of the most important things that I gained with my daughter’s birth was the realization that everything has its own timing. Alice does not grow up from one day to the next and her timing is not the time as her father’s and her mother’s. It was perhaps due to this eagerness to grasp a new time that we decided to move home six months after Alice was born. Now, our new little corner has a patio with a dozen square meters of land, where we have a mandarin tree, a pear tree and a loquat tree. I can not forget a relative’s reaction when I told him I wanted to plant a lawn: “Why don’t you apply artificial turf instead? It requires a lot less work!”. And I replied: “I want to see the grass growing slowly, I want to smell it, I want my daughter’s hands to touch the earth, I want her to play there and get dirty.” 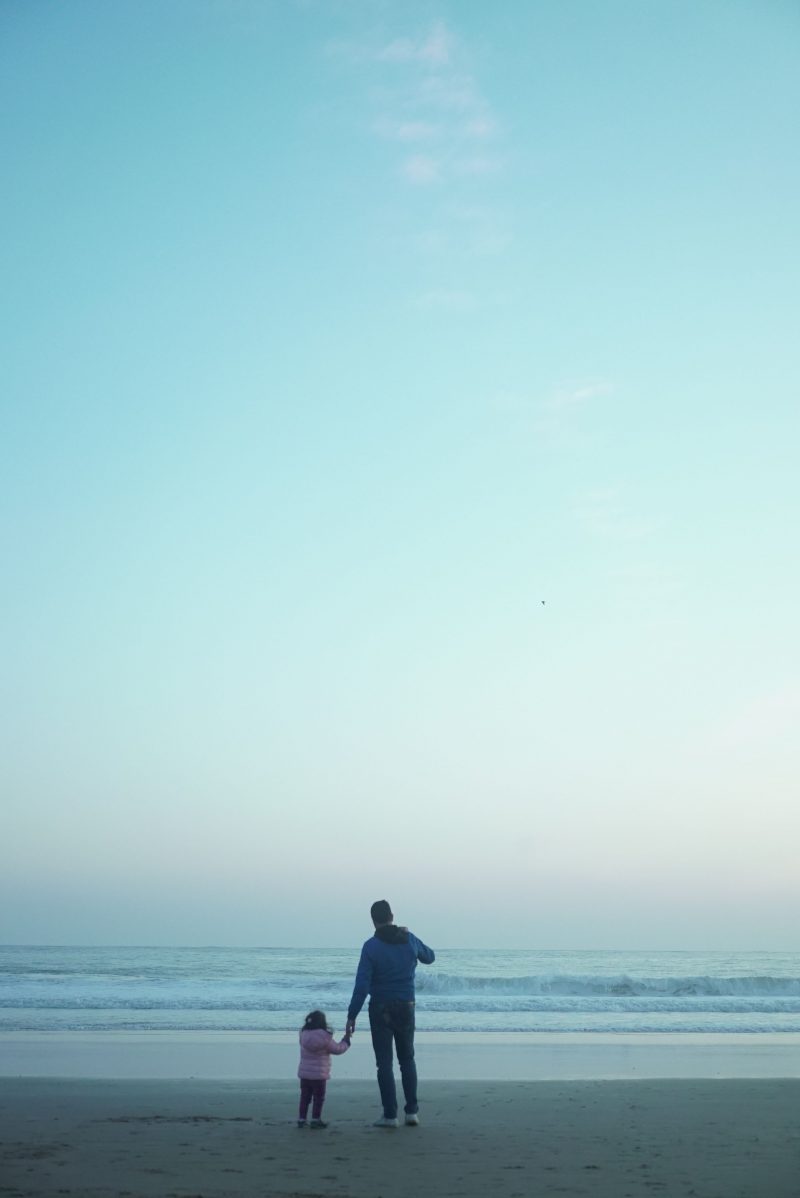 From what I hear and observe, I feel that we live in a society where people want everything too fast. They want to take the elevator instead of the stairs, the highway instead of the road, series instead of movies, fast food instead of slow food, wifi instead of face-to-face conversations. I see this every day, and it is not just due to my job. I really enjoy observing people and analyzing the human behavior. We are more and more competitive among us and often what seems to matter is not so much the quality, but the amount of things that we do, such as the number of posts on Instagram. And we are conveying this to our children: a culture based on competition and impatience. We want them to learn a foreign language earlier, to learn music earlier, we want them to attend several different activities after school, we give them iPads and mobile phones way ahead of time, in the belief we are preparing them for the future.

I can not relate to this fast times, so I planted a natural lawn and a vegetable garden. In the first year we only had coração de boi tomatoes. I must admit it did not go very well: apparently, it seems they were planted already out of season. Nature is like Alice’s education: everything has its own timing.

I want to slow down to take a long look at what is around me. I want to show my daughter the green sprout growing among the leaves of the mandarin tree, I want her to taste the pears form our own garden, I want to play with LEGO in the grass and to be aware that I am showing her new worlds and important concepts – such as having time to play. Time to do nothing at all.

I think Alice was fortunate to have parents with a love for nature and for people. We were both born in the countryside. Having a vegetable garden, pigs and chickens are part of our remotest childhood memories. From time to time, Alice visits the grandparents’ house – a place where, luckily, there is no internet. A place where the Panda channel, Baby TV, cartoons or YouTube videos have no place. And when I see my daughter picking cabbages with her grandmother, feeding the animals or tasting a tomato that actually tastes like a tomato or a cabbage that actually tastes like a cabbage, I believe I am exposing her to unique experiences and moments that will certainly be useful for her development as a child.

As soon as I return to the big city, I find myself thinking about the lives of Alice’s grandparents, where everything is quieter and the concerns of the daily life are related to the vegetable garden or the food at the table. And I feel so jealous. 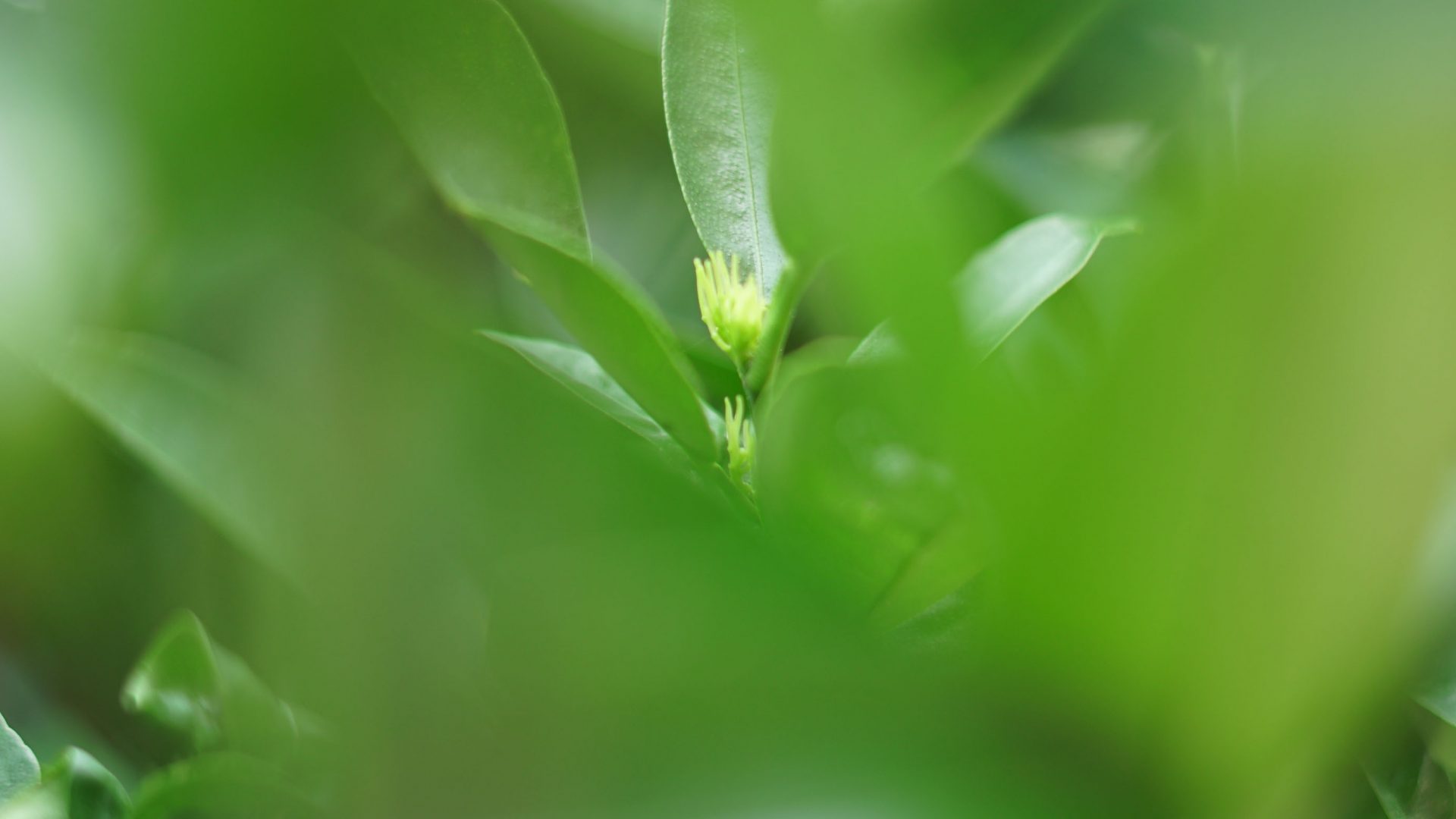 3 / 3
Technologies are here to stay and I believe they have changed our lives for the better. I do not even question that. What I do question is the fact that technology is dominating the majority of our time. Revolution 4.0 has already knocked on our door and is promising to transform even more the world we know. But nothing replaces face-to-face interaction and getting to know other cultures and realities. Is there anything more rewarding than a beautiful gathering and spending time with those we love?

In the near future, I hope that society feels the need to undergo a process of self-balancing and regulation regarding the use of technologies. In advertising, there are already mobile phone operators’ campaigns that warn users about issues related to the excessive usage of mobile phones. There is also a high school in the north of Portugal where mobile phones are totally forbidden.

When I return to the small villages that were once the set of my documentaries, I see new people populating deserted territories. I see empty houses being refurbished, land being plowed, I see the expansion of olive groves and vineyards. I have talked with people who seek to live at a slower pace, with more tranquility, more adjusted to the true time of things. In a few years, when Alice has the ability to read and understand this text, other examples will join. In those years, I believe that more and more people have given way to the pace and agitation of the technological times.

I want you to know, Alice, that you were responsible for the slowing down of your parents’ life. You made us look at life with a new perspective on time: more dedicated to you and more in harmony with nature and people.

When you read these words, I hope that we have watched the sun setting over the ocean countless times, walked many paths through the mountains, planted a few more fruit trees and watched them grow year after year. I hope your grandparents’ cabbages and tomatoes still retain the original flavor. I hope we have annoyed you for not taking you to fast food restaurants as often as you wanted and instead showed you the authenticity of the Portuguese taverns. I hope you got mad at us because we did not buy you a new mobile phone before your friends did, because we did not give you the wifi password, because we did not give in to the pace that modern society dictates.

Your father and your mother believe that everything has its own time. With you, it can only be in slow motion. What about yourself – what do you think about all this?

Text and pictures from Jorge Pelicano

His documentaries were shown in more than 20 countries and received several national and international awards.