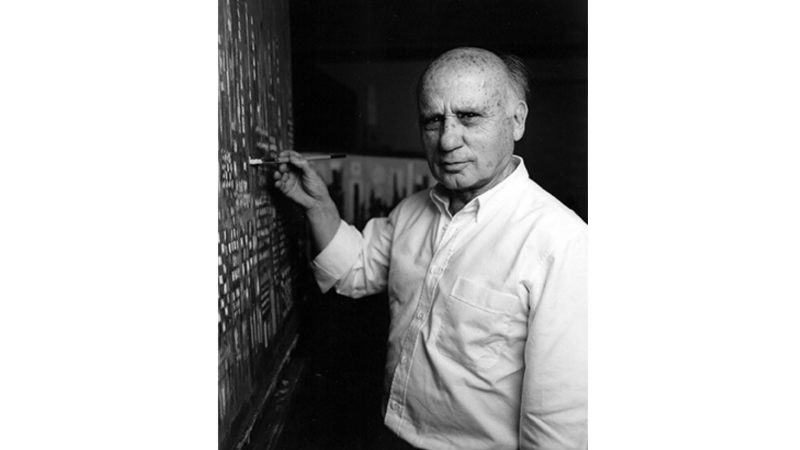 Here we present one of the first artists to share his art with us. Manuel Cargaleiro was born in 1927, in Chão das Servas, Vila Velha de Rodão, in the Castelo Branco district. As a child, he moved to the Lisbon region, where he remained and recovered memories from times spent on the south bank of the Tagus River, in Almada and Seixal, where he spent a great deal of time during his childhood.

His artistic journey began early. In 1949 he exhibited at a ceramics salon organised by António Ferro. Shortly after, in 1952, he inaugurated his first individual exhibition organised by the SNI – Secretariado Nacional da Informação (National Information Secretariat). It was thanks to his early training as a ceramist that he entered the world of Portuguese art and initiated his pursuit of new horizons.

Before leaving for Paris, he was a ceramics teacher at Lisbon’s António Arroios School of Decorative Arts. Winner of the Sebastião de Almeida ceramics award established by the SNI, he became friends with Maria Helena Vieira da Silva and Arpad Szènes, who would be decisive to his training and to help disseminate his work in the French capital. It was at this time, in 1957, that he settled in Paris, where he was eventually represented exclusively by the prestigious Albert Loeb Gallery.

In the same year he moved to France, the artist received a grant from the Italian government, through the Instituto de Alta Cultura (Institute for Higher Culture), which enabled him to visit Italy and study the art of ceramics.

In 1959 his life took an unexpected turn when he was elected councilman of the Almada Municipal Council for the 1960-63 term. During this time, he purchased his first studio in Paris.

It was only in the 1970s, when he was already a recognised artist in France and Italy, that Manuel started making headway in Portugal. From this point on, his reputation grew immeasurably.

In 1990, he established the Manuel Cargaleiro Foundation in Lisbon, donating to the institution many of his works and a collection comprised of various types of objects. He opened studios in different places, namely Sintra-Portugal, Salerno-Italy and, naturally, Paris.

The Quinta da Fidalga estate in Seixal is due to house a museum designed by Álvaro Siza Vieira, dedicated to his work.

In the 1960s, during his early years in Paris, Manuel Cargaleiro’s work took its first steps into the abstract, evoking Jean Arp’s cuttings but with a visual definition that was more pictorial than sculptural. Later, this evolved in a more lyrical and intimate direction, where delicate colour elements draw arabesques on canvas or paper, in a correspondence that remained for the rest of his career, both in his first medium, ceramics, and even in traditional Portuguese tile work, as well as with the work of his friend Vieira da Silva.

Given its graphic character, Cargaleiro’s art is among those that best adapt to this type of context. Without leaving his domain, the painter turns Alentejo vineyards into a colour motif that draws the eye to his labels from a distance. 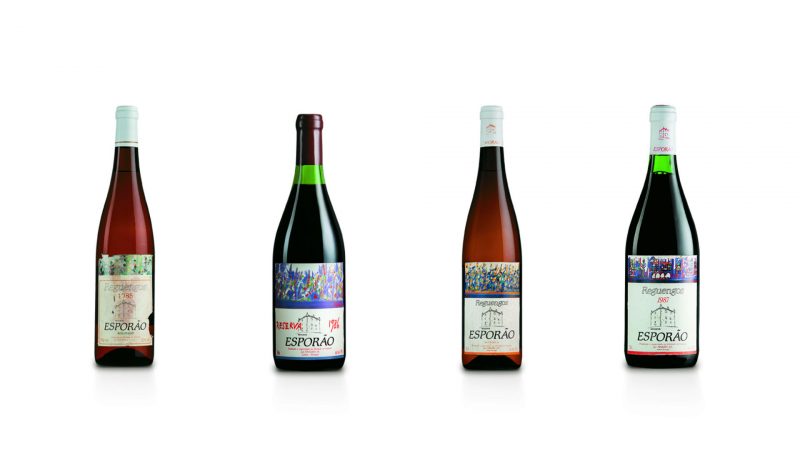 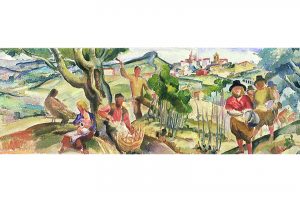 The Stories of a Label: Pedro A.H. Paixão