On the last Sunday of every month, there’s a place in Lisbon that hosts a special concert. The Lisbon Living Room Sessions began in 2014, on Christmas Eve, when Joanna Hecker and Ricardo Lopes saw a flamenco concert by the Diego El Gavi Band in a bar.

“The bar was full of groups celebrating, clinking glasses as they made toasts and laughed. Everyone seemed distracted, no one heard a thing. They left frustrated.” Expresso

It was then that Joanna remembered a “magical” night in New York. When she lived in Brooklyn, she was invited to a surprise birthday party where she saw a jazz concert at the birthday girl’s house. She never forgot the atmosphere, and the idea of replicating it in Lisbon began to take shape.

“Inspired by this idea of musical soirees they decided to get things going. Access to the community of jazz musicians wasn’t difficult. Ricardo had lots of contacts in this area and some experience in terms of organization. He had also been part of a music collective, the CoolTrain Crew, which organized concerts at the Bicaense bar and Lux.” Expresso

Ricardo and Joanna made the project a reality and, soon after, the same flamenco band was playing in a two-bedroom flat for 30 guests.

“They played for a group of 30 people invited via Facebook, a small network of friends of friends, as an experiment, just to see how it went. It was great. It worked. They set up a blog, created a Facebook page and an email address for those who wanted to sign up and participate.”

Now, two years later, there have been over 20 concerts, as many living rooms and artists from Portugal or other parts of the world involved in this project, such as renowned Nigerian guitarist, Keziah Jones, who was in Portugal and gave a memorable concert at the Lisbon Living Room Sessions at the end of August.

The way these shows operate has remained the same from day one. The venue is secret until the day of the concert. Those who want to go contact the organizers via e-mail, who send the address of the house a few hours before the show via the same channel.

“There are no tickets nor fees for the musicians. There’s wine and appetizers for those who show up. At the end, Ricardo Lopes, who organizes these sessions with Joanna, passes round a rectangular metal box where guests – the audience – leave a contribution, which is shared amongst the musicians and organizers.” Público

Esporão has accompanied this project over the last two years, filling the intervals between songs, conversations and nibbles, with glasses of Assobio. 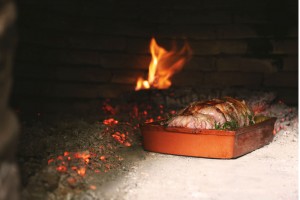 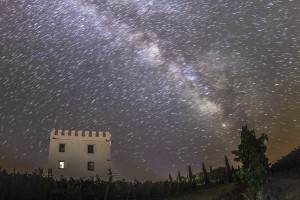 The starry sky over Esporão Tower 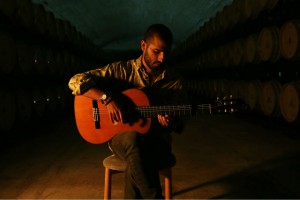